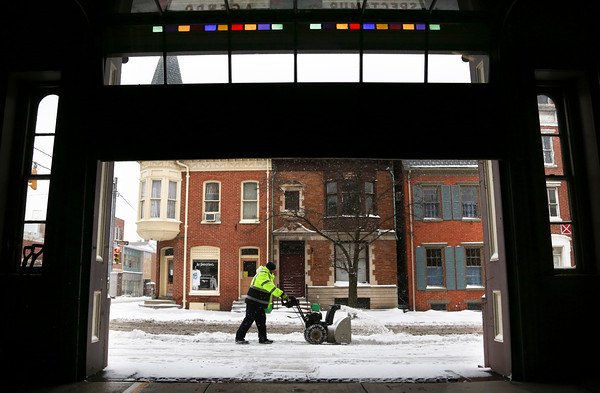 History mystery scene: Can you ID this historic, 19th-century building whose doors provide a frame for this photograph in York, Pa.. See answer below. Meanwhile, residents battled a storm that dumped 6 to 10 inches of snow into York County and beyond. Several numbers grew out of coverage. York City has about 100 miles of streets to plow. About 40 cars were towed in York in violation of the snow emergency. The cost of releasing a towed car is $105 And PennDOT has a convoy of 74 trucks to cover state roads in York County. See a gallery of storms photos at ydr.com. Also of interest: Check out these photos and stories about the worst, hard storms in York County’s past.

Kenneth Jelonek wrote to York Sunday News’ Gordon Freireich about the idea of making Christmas cards, which includes beautiful buildings in York. The idea came up after Gordon included a card by former York artist Cliff Satterthwaite with one of his columns.

“I would be right in line to buy a box or more,” he wrote.

He went on to present this idea:

“I have been corresponding with a ‘pen pal’ in England for many, many years. She has been sending me a calendar with pictures of the area that she lives in/near, which just happens to be the York area, for the last few years. I have been looking for a long time to find one that has pictures of our area. I would love to send her one so that she can see what my York looks like. Might you know someone in our area that might be interested in printing this kind of calendar?”

On the calendar idea, groups occasionally put them out. The York Daily Record did so, too, about eight years ago using staff photographs from the year. We found that the market is flooded with calendars. It’s just not a financially sustainable enterprise.

But if folks are looking for a picture book, Scott Butcher has several and the York Daily Record’s Capture York remains available. 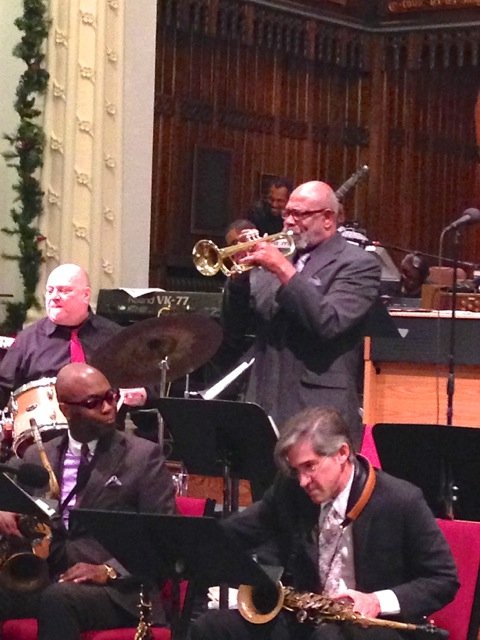 Saxophonists Tim Warfield and Chris Bacas enjoy Ron Coleman’s trumpet solo during a recent Jazz Vespers at First Presbyterian Church in honor of Martin Luther King Jr. The hometown saxophonists who also play on a national stage later performed their annual duel in this event leading up to MLK observances.

*The inside/out photo at top comes from a York Daily Record/Sunday News’ photographer standing inside the Rex and Laurel firehouse, dating back to the day of horse-drawn fire engines in 1878. That’s fire captain Chad Deardorff manning the snow blower.