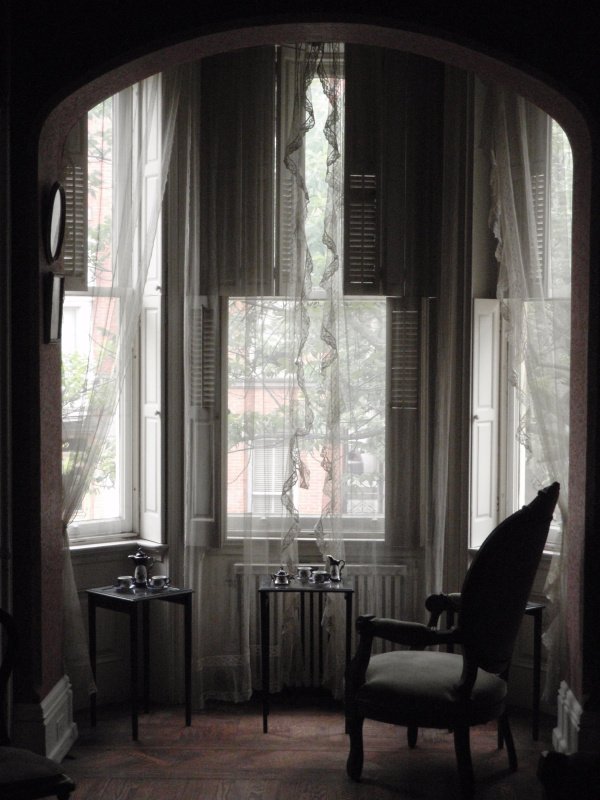 ‘The second floor oriel sitting area of the (location at bottom) is set for tea,’ York countian Dianne Bowders wrote in a caption in Your Photos. That’s the setting, but where is this setting set? (See below). For more photos by Dianne Bowders, see York Town Square. Also of interest: ‘Downton Abbey’ Tea Tuesday at the York County HeritageTrust

The York Dispatch is in the middle of a move to 1891 Loucks Road, West Manchester Township. It will operate across a hall from the competing York Daily Record/Sunday News operation and behind a recently constructed wall.

When the move is completed – the first publication day is set for Monday – it will represent the first time in decades that a newspaper has not been located in York’s downtown, as columnist Gordon Freireich has pointed out.

The first York County newspaper, the Pennsylvania Gazette, was here with the Continental Congress in 1777-78. Local newspapers started in the 1790s and have been there until, well, this weekend. Freireich points out four newspapers operated in the downtown at one time.

So, an interesting passage is taking place in York, Pa. Here’s the York Dispatch’s story on the move.

Forgotten Korean War? Not by everyone. Some vets of that war received applause in Glen Rock. 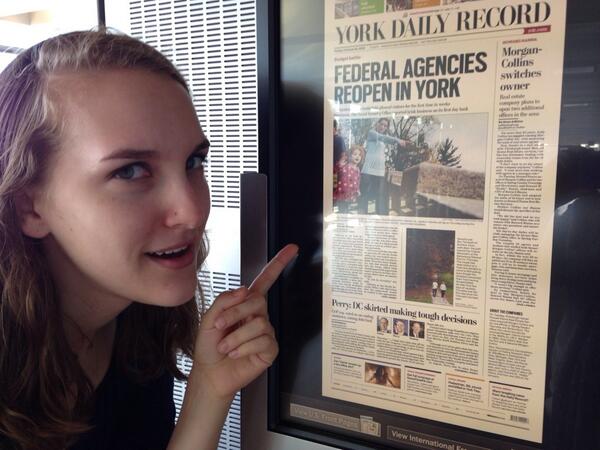 This tweeted photo shows YDR web maestro Christine Loman at the Newseum in Washington, D.C. The YDR’s newly designed front page was there on display. The tweet? ‘I spy @ydrcom at the @Newseum with a @HsawyerYDR centerpiece! @christineloman pic.twitter.com/Wt5w3muzc7’


*Tea is served in the Bonham House, a museum operated by the York County Heritage Trust. ‘Many of the furnishings are original to the Bonham family,’ photographer Dianne Bowders wrote. ‘Horace Bonham was an attorney, a newspaper editor, congressional aide, and artist. The Bonham home was continuously owned by the family from 1875 until 1965.’