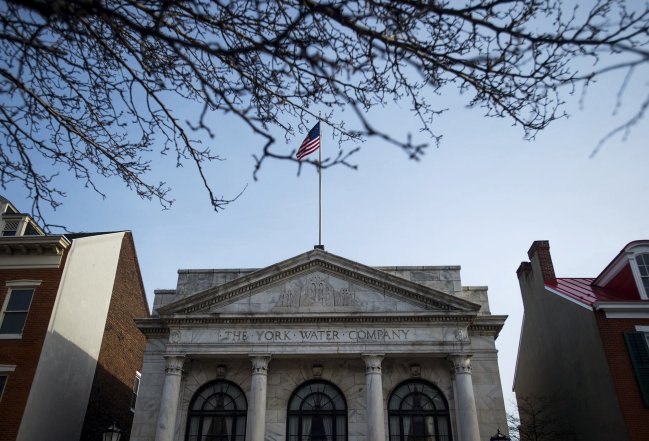 This is a neat photo from The Evening Sun’s Clare Becker. It looks like a three-eyed stoneheaded figure rising from the street. But as many know, this is the York Water Co.’s architecturally significant building on York, Pa.’s East Market Street. The water company is on the eve of its 200th anniversary, and will gain a Pennsylvania Historical and Museum Commission marker as part of its birthday observances. See interior photo below, and check out the water company’s history. Also of interest: 275th birthday observance of York’s founding isn’t a sexy number but may be effective. 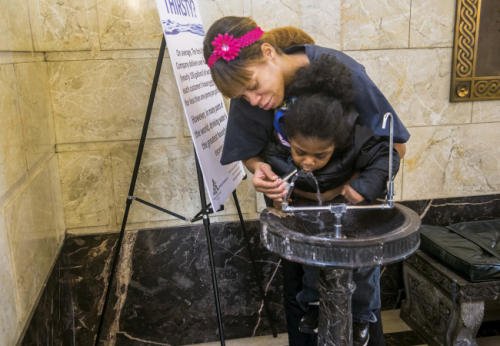 What can be better than a drink of good York County water from the York Water Co.’s fountain inside the wonderful York Water Co. building? A Pennsylvania Historical and Museum Commission release states: ‘The oldest investor-owned utility in the nation, the public water system in York was incorporated in 1816.  Most of the 25 water systems in America at the time were started by local governments or wealthy town founders.  The idea of raising private funds for a public benefit was innovative.  The company’s dividend record – longest consecutive in America – speaks to its success.’ Also of interest: Lake Williams just passed the century mark; York Water Co. coming up on 200th.

A release states that this fundraiser for the Civil War Trust will include speakers, music, a silent auction and various demonstrations.

Naval historian Dr. Craig L. Symonds, author of about 25 books, will be the keynote speaker. York County’s Civil War author Scott Mingus will be among the presenters. Friends of Jerusalem Mill will also present. 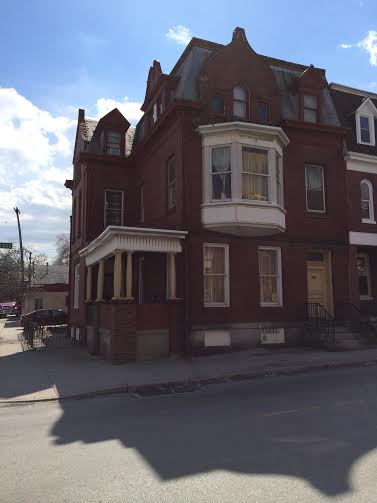 Dominick Argento is a Pulitzer Prize-winning musician, one of the most-accomplished figures in the music world to come from York County, Pa. This photo of his boyhood home comes from his nephew, Mike Argento, York Daily Record’s columnist. It stands at 262 E. College Ave., corner of Pine and College. Glen Rock has a program in place marking significant buildings, including the home of composer Roland F. Seitz, composer of internationally known parade marches. Perhaps the marking of the boyhood or longtime homes of famous people is an idea for York’s many significant buildings? Here’s an example from Glen Rock: Cold Spring Hotel and Glen Rock Hose and Ladder Co.