Highpoint, as few have seen it: At dawn during summer solstice 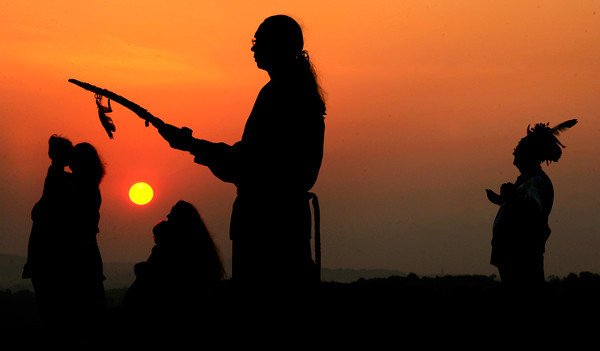 ‘Local Lens’, a photo show to benefit Olivia’s House, is set for tonight, First Friday in York. The work of photographers from the York Daily Record and Hanover Evening Sun will be on display tonight and available for purchase. Here, York Township’s Ken “Ironfist” Hayden undertakes a religious ritual during a Summer solstice celebration at Highpoint Scenic Vista at sunrise on June 21, 2012. This photo will be one of those exhibited.  For details, see: Local Lens. The two photos below also art part of ‘Local Lens.’ All three are wonderful glimpses at everyday people in York County living everyday lives. Also of interest: Playing through … a York County snowstorm at Springwood Golf Club. 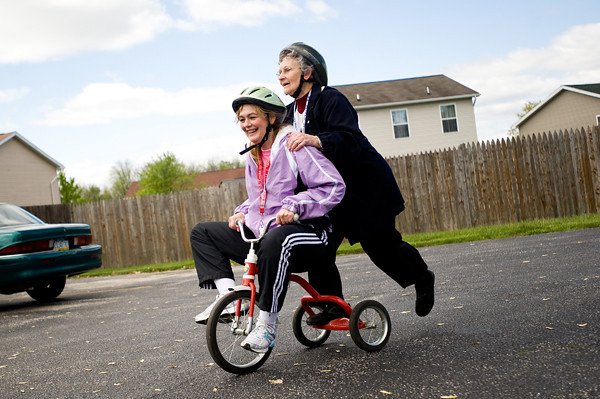 Caption from Local Lens gallery: ‘St. Joseph’s Academy assistant teacher Donna Adams steers while Sister Anne Leonard gives it some speed as they take a turn around the parking lot for fun during a 2012 benefit Trike-a-thon in McSherrystown.’ 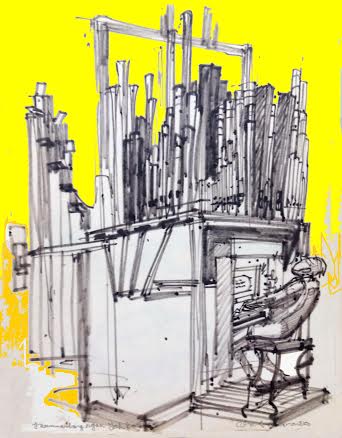 ‘You could almost “hear the heavenly music!” via 1959,’ artist Cliff Satterthwaite said in capturing this scene of the Tannenberg organ, in 1959. The organ remains operable at the York County Heritage Trust. For years, is was the instrument of choice at Christ Lutheran Church in York.

Officers at work: Click on the links to weigh in.