High Rock in York County, Pa. So, which High Rock is this?

+++
Chris Otto tells us about all kinds of interesting things over at Papergreat.com. He found the High Rock postcard above. The question seems to be: Which York County High Rock is it? Maybe one of you can help? A couple of us have weighed in, as you will see by clicking on the comments icon. (Update:) As you’ll see in comments, geologist Jeri Jones’ weighed in on the location of these rocks. His final judgment: In the Pigeon Hills near the intersection of High Rock Road and Moulstown Road. So, mystery solved?

Neat story: This old YDR.com story reappeared in that news site’s Top 10 the other day. It still answers the good question: How much does it cost to be a Civil War re-enactor? 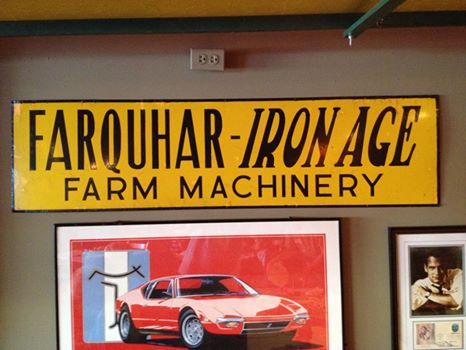 Scott Butcher posted this photo on my Facebook page: ‘Hey, Jim McClure, there appears to be a bit of York history hanging on the wall of the Fenwick Crabhouse!’ My reply: ‘You know what they say. It’s either: All Roads lead to York or York is the Center of Universe! Either way, you’ve provided further proof.’ Check out these stories and photos about A.B. Farquhar Co.

Musclecar tribute: The late Bud Faubel was widely known for his racing prowess. The Chambersburg racer was remembered at this year’s edition of Musclecar Madness at the York Expo center this weekend. Check out this photo gallery of the colorful racers.