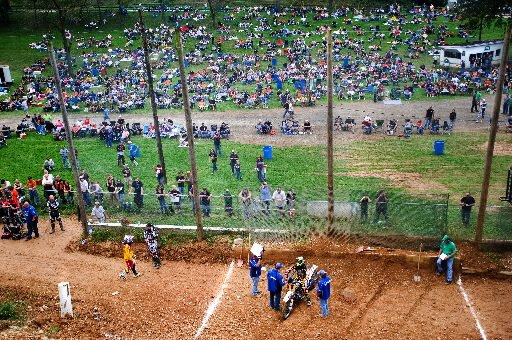 A rider prepares to ascend the hill that gives the Jefferson Hillclimb its name. The event, sponsored by the White Rose Motorcycle Club, is longtime part of York County, Pa.’s culture, which is particularly in love with all things two and four wheels. Witness Bike Night as another example of York countyana. For more on the Jefferson-area event, visit:  Hill climbed in Jefferson. (Also, see another photo of hillclimb below.) Also of interest: Harleys and chicken corn soup: The sound and taste of York County.

Bruce Geesey is an astute observer of the York County scene. So, when he saw my reference in a blog post or newspaper story about Mack’s Ice Cream outside Red Lion, he noted the stand is known locally as Godfrey’s:

“I would say that in younger days living in North Hopewell Twp may area people called it Godfreys which may be because of the closeness of Spry to Red Lion and not wanting to confuse them.”

More about George Leader: The Patriot-News recently re-ran a column by the late Paul Beersabout York County’s only contribution to the Pennsylvania Governor, George Leader.

George Michael Leader, a York County native, probably was one of the most dedicated liberals who ever occupied the governor’s chair.

Gifford Pinchot may have been an evangelical liberal and George Earle an opportunistic liberal, but George Leader was a true-believing, highly idealistic liberal, one willing to buck the tide and take the consequences in a conservative state.
“It is an article of faith with me that government can do much more,” he said in his inaugural. He was plainspoken and outspoken, and in matters of principle might have been the most conscience-ridden governor since Pinchot. “How do you defend yourself from being right?” he asked nearly six years after leaving the governorship.
“George Michael Leader brought a fresh breath of life to the State House at Harrisburg,” wrote Reed M. Smith in “State Government in Transition: Reforms of the Leader Administration.” His youth was supplemented by an eagerness to do great things. George Leader was enthusiastic about his job, and his sense of urgency was contagious.”

Recommended blog post of the day, I:  Buffy’s World presents – From Smart contest to new blog for 20-somethings to music fans and their T-shirts

Forum of the day: Exchangers are discussing products made, or once made, in York. 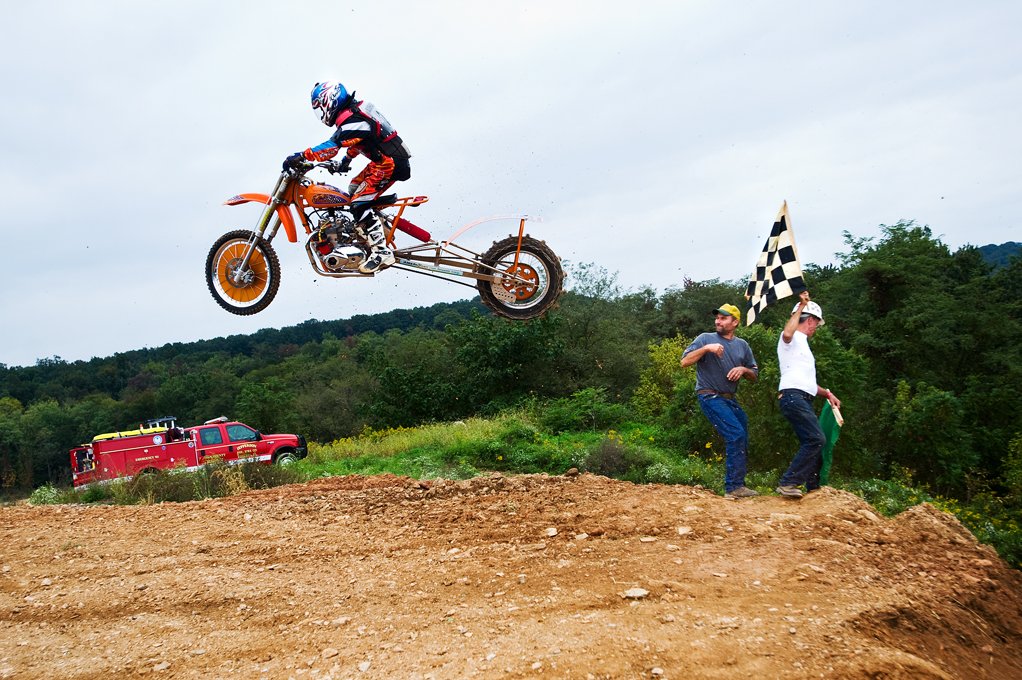 Phil Libhart, of East Petersburg, comes through the final hill as the last rider of the day in 2011.