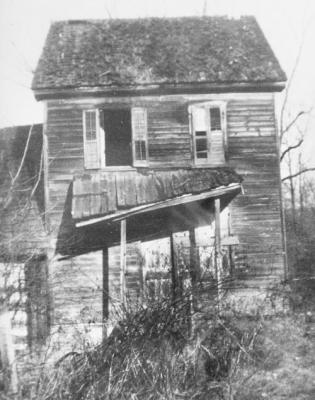 J. Ross McGinnis, a lawyer and York County native, wrote the book on the Hex murder trial. Here is the Rehmeyer House, scene of the crime, 20 years after the murder.

His “Trials of Hex,” is a readable compendium of primary source documents and analysis. His book, published in 2000, is out of print, but available at York County libraries.
McGinnis, who has been speaking on the Hex murder for years, provides this insight in his foreword:

Unprecedented and unparalleled, the events leading up to the climactic days of January 1929 tested the character of the community, as well as the fabric of its institutions.
The story is fact. It has all of the essential ingredients of a fascinating tale of mysticism and the occult; a brutal, bloody, vicious murder done in the name of the ancient, primitive and satanic power of witchcraft and superstition.
Never before had such an event occurred in York County, Pennsylvania.
Never before had an alleged witch been murdered in cold blood in order to break a curse.
Not since medieval Europe and the witch trials of Salem, Massachusetts, had serious thought been given to witchcraft and the occult.
Not since an earlier period in human history, when primitive people engaged in blood feuds and believed that there was a dark and malignant destiny that could be invoked by practitioners of black magic by means of formulas and incantations, had people killed to break a spell or a curse.
Never before had the people who killed a witch been brought to trial for murder.
Never before had the legal system been confronted with the challenge of such an episode without any pattern, precedent, or prior experience to chart a course or to provide a model.
Never before had one participant in a murder avoided a conviction of first-degree murder after his confederates had both been tried and convicted of murder in the first degree.
Never before had the York community been swallowed up in a daily avalanche of publicity that was as critical as it was unrelenting.
Never before had there been in York County such a week as January 7, 1929, and there would never be another.
A curse as old as time led to a murder that created confusion and panic. The legal system provided a forum that not only contained the crisis but also provided the community with an opportunity to demonstrate insight and understanding in a situation that no prophet could have foretold and no writer of fiction could have imagined.

And McGinnis concludes in his epilogue with the view that superstition is not peculiar to York County:

Does this indicate the York County region is still hopelessly mired in hex and superstition and that the Philadelphia press was right after all? Of course not! Reverend Bowersox had it right when he said, “I am sure that the general light of this community is far above anything so dreadful.” Gross had it right when he said: “Such superstition is not peculiar to York County, it has existed down through the ages,” and we add to that, that it can be found in numerous localities throughout the land in all forms, shapes, and sizes. We cannot help but believe that as long as there are forces abroad that people don’t fully understand or comprehend, the influence and power of “hex” will persist as a part of the enchantment, wonder, and variety of life. 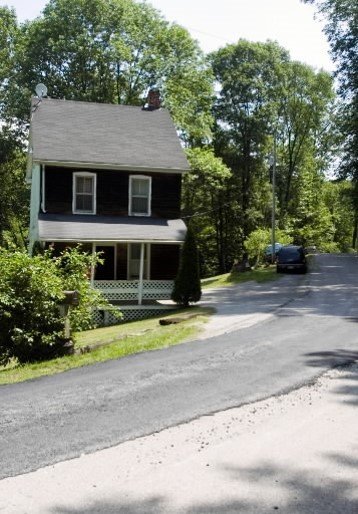