Hex Murder assailant: ‘A genuinely nice guy and was a good employee’ 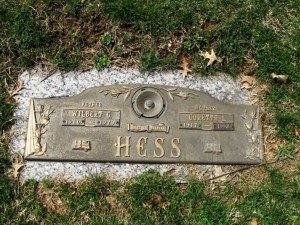 York countian Gary Heiland sent this photograph of a tombstone at Prospect Hill Cemetery marking the resting place of Wilbert G. Hess. This quiet spot belies the celebrity of Hess, one of three assailants in the beating death of Nelson Rehmeyer, the Hex Murder trial in 1929. Hess and his two co-defendants,  John Curry and John Blymyer, were subjects of a witchcraft trial in York County Court that made international headlines. Also of interest: York County’s Hex murder: 5 quick facts about the forever fascinating witchcraft case.

When you are involved in documenting York County history, it’s amazing how many people know people who have made history’s headlines.

Gary Heiland, for example, knew Wilbert Hess, one of the murderers of Nelson Rehmeyer in his remote southern York County farmhouse at Thanksgiving time in 1928.

“In the 1970s I worked with Wilbert G. Hess at McKay Company in York. He was married to my cousin Coretta but I do not remember who Coretta’s parents were.

“Wilbert was . I didn’t know of his connection to the Hex murders until after the time when I worked with him.

“I think Wilbert was also a caretaker for a church in the area of dead man’s curve near … Pine Grove,”

Gary supplied the photograph above.

Hess was the only one of the three killers who served his full sentence, 10 years in prison. After his release, he came home to live in Leader Heights.

Ross McGinnis says of Hess in his “Trials of Hex:” “He lived out his days in relative obscurity, working as a chain electroplater at the Teledyne McKay Co. and retiring in June of 1970.”

That Gary and others remember Hess underscores an oft-said quality of York: It’s the world’s biggest small town. 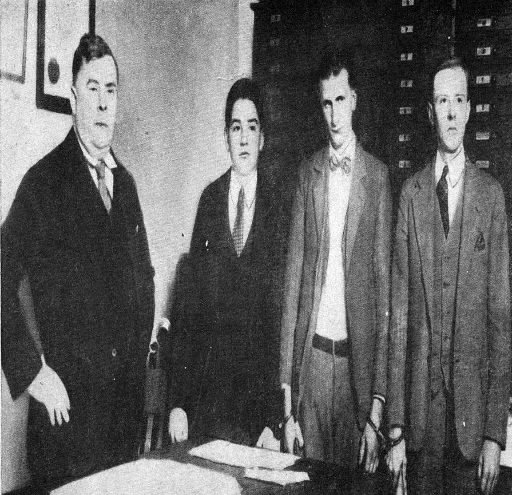 Alderman W. S. Owen is shown with the trio who murdered Nelson Rehmeyer to break a spell they believe the practitioner of white magic had cast.  From left, Wilbert Hess, John Curry, and  John Blymyer. Also of interest: Check out all Hex Murder stories and photos from the start.