At York Town Square, we like showing you views of things around York County, Pa., that you don’t see in the normal course of things. In fact, we’ll pose it to you. Where was the York Daily Record/Sunday News photographer standing in capturing this scene of downtown York? (Answer is below). By the way, this scene is one of the photos used for YDR’s Facebook Timeline. Check out a bunch of these unusual angles on York County scenes. Also of interest: This York, Pa., view has the camera pointed the other way and See these YDR photos fit for Facebook’s timeline.

Other neat stuff from all over, catching up after about four days of Civil War blogging … .

Central York High School has produced many luminaries on the stage and screen. But “All is Lost” producer Neal Dodson might top them all.

Neal crossed paths with the YDR in high school when he wrote reviews and previews of high school musical productions and plays. He had that “it” then, and Hollywood and movie viewers are seeing that now. 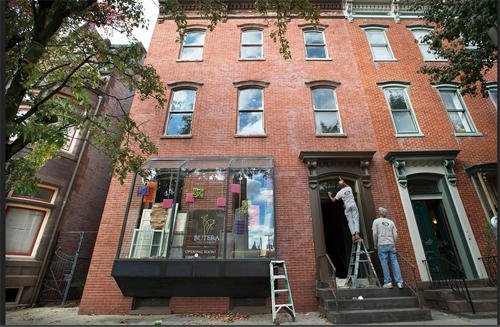 Sea beneath the sea: This is just an interesting story. An ancient underground sea lies beneath the Chesapeake Bay … not that far downstream from the mouth of the Susquehanna.

The Ma & Pa: This is another interesting story. In York County, we think we know a lot about about the Ma & Pa Railroad. Well, the 77.2-mile railway that formerly connected York and Baltimore has a big following in Charm City as well. 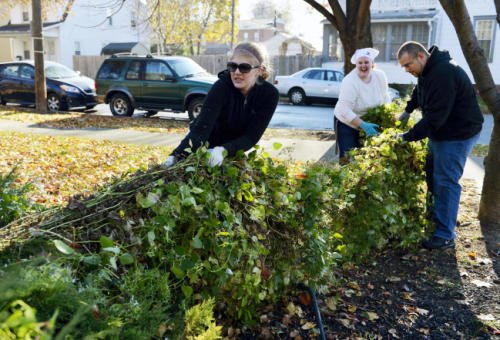 Volunteers from Family First Health’s Caring Together Program tidied up the AIDS memorial in the corner of York, Pa.’s, Albemarle Park and will soon add a plaque. Yorktownsquare.com pays attention to changes – in this case changes for the good – in out-of-the-way memorials that are packed with meaning.

*Answer from above: The photographer stood in the tall steeple of Christ Lutheran Church.