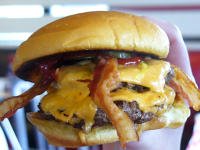 This is a Gino’s baconburger, as captured at the chain’s restaurant at King of Prussia (closed in 2013) then just across from the mall. Gino’s Burgers and Chicken was an iconic part of York’s culinary past. Perhaps it can become a part of its present? (See additional Gino’s photos below.) Also of interest: Back when Gino’s was the York-area place to go and Baltimore Colts was the team to root for.

My wife and I motored around the King of Prussia Mall looking for a third place to eat and catch up on emails.

Earlier that day, I had presented to The Society of the Cincinnati at a Philadelphia restaurant, and I was more interested in catching up with several hundred emails than eating.

But then I saw Gino’s, the eatery that was an icon, along with Joe Bury’s Famous Hamburger, in York County several decades ago.

I paused, but the combination of a full stomach and the quest for a wireless connection drove us to Panera Bread.

Yes, Panera instead of Gino’s. I regret that decision to this day.

In fact, I thought about this misfire when I read that a a Baltimore Sun story.
stating that a new Gino’s has opened in Perry Hall, Md.

That’s not far from York County.

The restaurant has a Towson eatery and plans a store at Oriole Park at Camden Yards, The Sun reported.

Only bearing a wireless connection.

– Read Joan Concilio’s account of a York County reunion at the King of Prussia location. 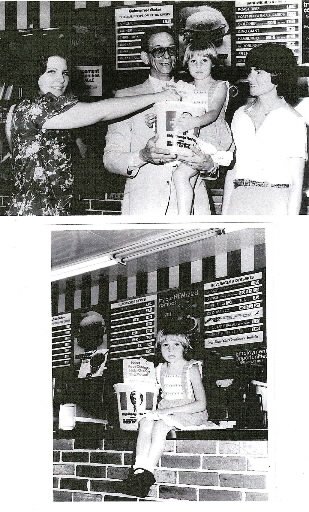