Here’s a 1944 view of ‘Yorkites.’ A sample of York County, Pa., today would look different 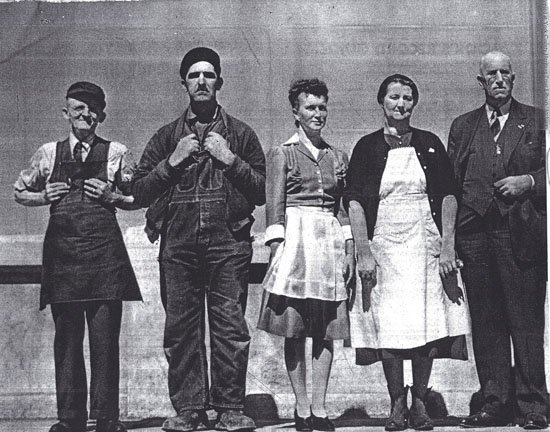 This photograph of a cross-section of York County, Pa., residents appears in Life magazine in June 1944 with an article: ‘These Are the People Who Answer the Gallup Poll Questions.’ Historian June Lloyd found the article in York County Heritage Trust library files and posted it on her Universal York blog. Notice one of those polled was prominent York Corporation businessman W.S. Shipley, shepherd of the York Plan. This project sought large defense contracts in World War II by pooling York County manpower and machinery. Also of interest: York County sacrificed on homefront and war front to aid Allies in World War II .

“We chose York, Pa., as the site for this discussion. Pennsylvania is an important battleground state, and York is in the center of it,” NPR stated, as found in a yorktownsquare.com post: York, Pa.: ‘It’s a midsize city with an interesting history’.

This wasn’t the first time that York countians interested those seeking to sample America.

I just happened across an article in the files of York County Heritage Trust and discovered York County’s role in the polling process, as reported by journalist Selden Menefee in the June 13, 1944 issue of Look magazine. The two-page article, “These Are the People Who Answer the Gallup Poll Questions,” is accompanied by a photo of 10 York County people of varied backgrounds. The heading explains that “York, Pa., is a Gallup sample area and these 10 Yorkites represent us all.” By all, Menefee means not just York County, but the whole country.

June concludes her post with the comment: “It would be interesting to see how different or how similar the faces of York County would look today.”

I’ll offer this quick response to her question.

Consider these stats from the 2010 census:

This growing diversity is a good thing.

Consider our schools, as just one example.

The diversity prepares our students for a world that is becoming increasingly multicultural.

In our communities, imagine the richness of experience when our neighbors come from backgrounds that are different from ours.

Yes, it would be a good thing if York County in late 2013 would be chosen by pollsters as a people that “represent us all.”