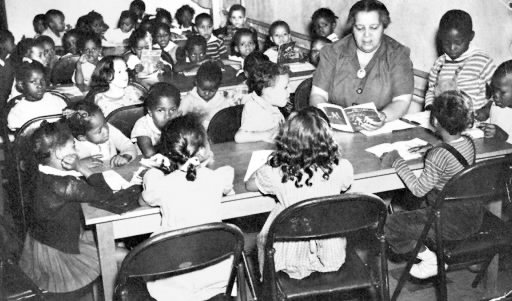 Helen Thackston Memorial Park sits obscurely between West Princess and West College near the Codorus Creek in York.
Not many people know where the park is, much less the woman whose name is on its sign.
But even a cursory reading through Crispus Attucks Community Center history brings Helen Reeves Thackston’s name to the forefront. She touched the lives of virtually every senior leader in the black community today.
She did this by directing the center’s preschool program from 1932 until 1964. For many years, she volunteered her services.
Her community peers and former students speak of her with awe:
‘Helen didn’t just teach children, she taught them to be proud,’ Sylvia Newcombe, retired York Recreation Commission head, stated in 1979.
Community leader Ray Crenshaw described Helen Thackston in 1969, the year she died. An edited version follows: