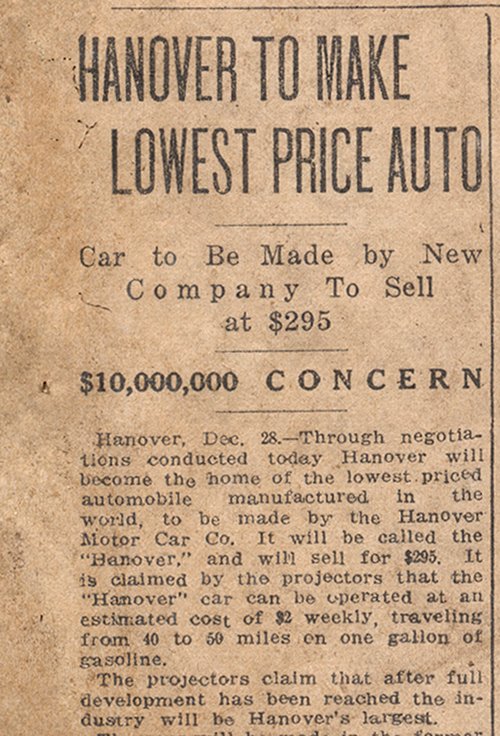 York County’s Tim Berkheimer was remodeling a Stewartstown-area house when he found the Thursday, Dec. 29, 1921, edition of The (York, Pa.) Gazette and Daily in a floor. The newspaper was undoubtedly used for insulation, and Berkheimer said it’s not unusual to find old newspaper serving as insulators around pipes. This Gazette and Daily told about told some interesting news: A new automobile would be made in Hanover, assembled in the former General Gas Electric Co., plant. The news no doubt meant something at the time. Many of York City’s automakers went out of business circa World War I. With this announcement, a car was to be made in Hanover in this post-war period. Also of interest: In this day of mergers, Hanover’s opening not 1 but 2 museums.

Terry Downs is a close observer about his home county, York County, Pa. Shortly after news came that George Leader had passed away,  he e-mailed the following:

“Had a thought and timely at that:  In homage to the late Governor George Leader, and fact that the road from Leader Heights interchange into York Hospital/South George Street – that stretch of Interstate 83 be named the George M. Leader Parkway.

“I remember discussion of this in a blog over a year ago.  This would pay homage and obviously tie the Leader Heights exit into posterity.  I urge this before Henry Leader passes on.

“How does one go about doing such, I’m willing to do what’s necessary.”

Here’s a supplemental thought: Those attractive white roses that appear on overpass abutments in that area? Maybe they could be incorporated into the memorial.

Civil War discovery: Cannonball’s Scott Mingus passed on a link about a mystery that has been solved involving Abraham Lincoln’s funeral train. 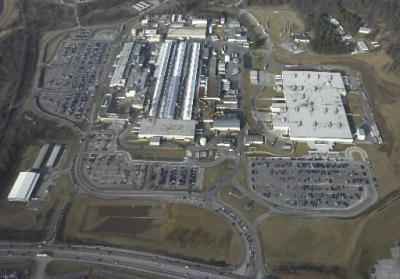 Harley’s Softail plant, right, is about all that remains of this Springettsbury Township complex as captured in 2009. The now-demolished complex was originally built by York Safe & Lock. In the demolition, conservation and recycling measures were in play.  Check out: What’s under Harley?