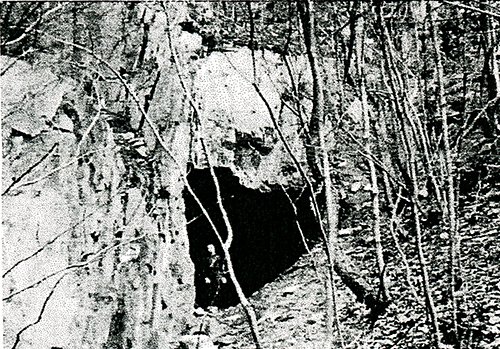 The late Roger Shaffer was an expert on his home area of Hanover Junction – and beyond. He left behind a body of work that tells us much about that important junction of the Hanover Branch Railroad and the Northern Central Railway (now the York County Heritage Rail Trail) and its successor railroads. The current edition of the Glen Rock Historic Preservation Society newsletter carries three articles penned by Shaffer that go beyond the well-known stories of how Abraham Lincoln passed to and from Gettysburg along this line. ‘The “Item” Review’ published this photo of an ore mine along the Hanover Branch that operated between 1850 and 1880.  The Strickhouser Station stop along the Hanover Branch served as a shipping point for ore taken from such mines. The newsletter – and Roger Shaffer – give interesting insight about life along the Hanover Branch. You can read all about it at the preservation society’s website. The P. Joseph Raab County Park covers this old iron ore mining territory. Also of interest: Roger E. Shaffer: York County loses a chronicler of its history. 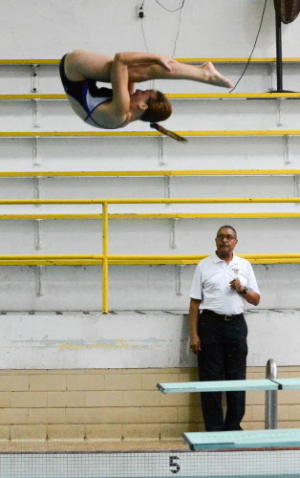 Ronn Jenkins was part of the famed York High swimming and diving program of the latter half of the 20th century. His story is told as part of larger York, Pa., Daily Record story about William Penn Senior High School’s aquatic program. Here’s the caption for the photo, above, that’s part of that story: ‘Ronn Jenkins has been a volunteer diving coach at West Chester University since 1972. A 1961 graduate of William Penn, he is a member of the West Chester University and Pennsylvania Swimming Hall of Fame. He was appointed the coordinator of diving officials at the 1996 Olympic Games held in Atlanta, Ga.’ (Photo courtesy of West Chester University)
+++

Royal Square in the news: Here’s a map that tells its story … .