Great Depression work: ‘It was the largest thesis in the history of the history department’ 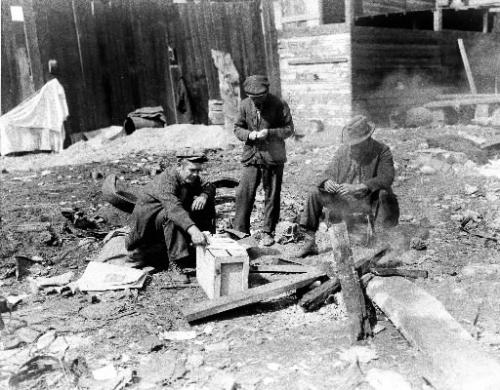 Thirty-five years ago, Charles Bloomfield wrote what is still the most authoritative scholarly work on the Great Depression in York County.
Anyone who has dealt with the 1930s in any depth is familiar with Bloomfield’s work, available for inspection (but not check out) at the York County Heritage Trust.
Who is Charles Bloomfield? …

He’s now a semi-retired teacher for Lehigh Valley Christian
High School in Allentown.
Before that, he was principal of the school.
And before that, he was principal of the Christian School of York in the 1990s.
And he was teaching in the York area in the 1970s when he was looking for a Millersville University master’s thesis topic.
During this quest, he came across an index of The York Dispatch covering the 1930s.
That would be the work of Carl E. Hatch and his York College classes who also did an index for the 1940s.
These indexes, organized according to date and topic, bear the headlines of significant stories in the Dispatch. Researchers can then look in The Gazette and Daily for a second take on the topic.
Bloomfield reviewed the index and came to conclusions paralleling those many other researchers who have used the document: Life just became a little easier.
Bloomfield’s 1973 thesis, “The Great Depression in York County, Pa.,” drew on the index but went well beyond that, as its ample appendices attest.
At that time, he said, “It was the largest thesis in the history of the history department.”
Bloomfield’s example – and Carl Hatch’s, too – serve as reminders that what might seem to be thankless, tedious work when you’re involved with it can serve as a source of delight, information and context for future generations.