Gravesites of black Civil War veterans to be documented: ‘This is an important first step’ 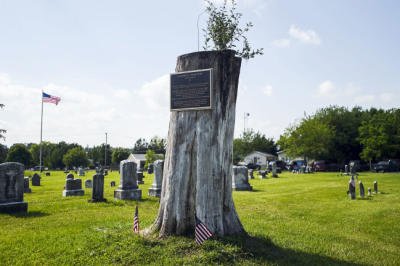 The U.S. Department of Veterans Affairs will create a comprehensive list of black Civil War veteran gravesites, per a recent request from Pennsylvania’s senator Bob Casey. That would include Gettysburg’s Lincoln Cemetery, formerly Goodwill Cemetery. A Hanover Evening Sun story says the cemetery was founded by the Sons of Good Will Society, well-known black men who lived in Gettysburg. The story said about 200,000 black fighting men were listed in Civil War units, and about 20 percent of those died in uniform. ‘This is an important first step to ensure that we do not lose track of these historic sites, and it is the least we should do to honor these heroes,’ Casey wrote. Here, the plaque on this tree stump describes Lincoln Cemetery. Veterans of United States Colored Troops are buried in several cemeteries in York County, including Lebanon Cemetery in North York. Also of interest: York County’s connection in documenting Lincoln Cemetery.

Other important things from all over … .

Hogg made things: For years, signs bearing Hogg Construction’s name have greeted motorists in the region. The founder of that company, Harold Hogg,  passed away recently. His firm constructed the Northgate Shopping Center at Route 30 and North George Street and Crispus Attucks Community Center.

The YDR’s Paul Kuehnel captured several images at a Wallace-Cross Mill open house over the weekend. Check out these scenes from one of York County’s most beautiful locations.

Significant architects: Murphy & Dittenhafer, a York-based design firm, is involved in architecturally significant project. Check out the interesting stuff, particularly photographs, on the firm’s website about some of those projects. 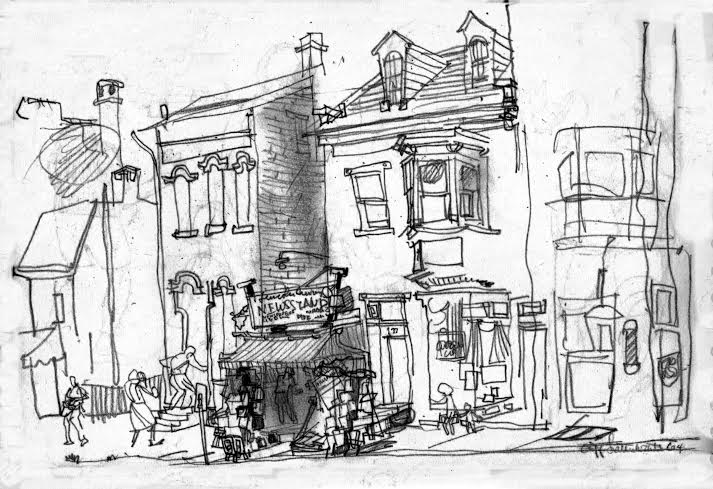 Cliff Satterthwaite emailed this 1964 scene from York, Pa. He can’t locate it, but commented: ‘Hope some elders can remember.’ Any elders out there who can? Please comment below.

History mystery: Click on likes, shares and comments to participate.