Who was Grace E. Loucks of West York school fame? 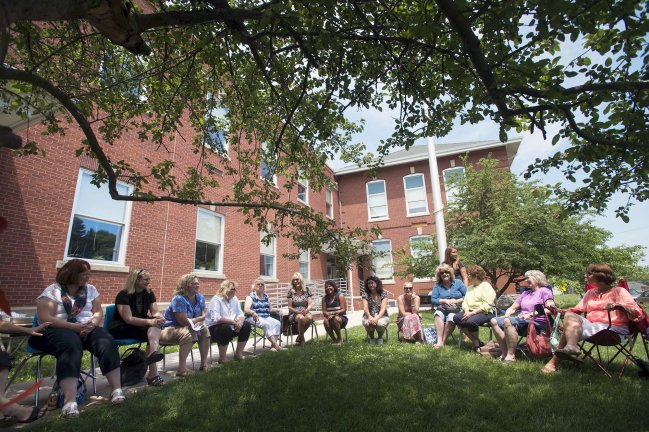 Now this is the way a school should look. Multistory and made of red brick. Only Loucks is now a former school – the Grace E. Loucks School in West York School District. The school, named for a longtime West York educator, was closed as part of a cost-saving configuration. Grace E. Loucks first attended the school as a student and later taught for 41 years before retiring in 1972. The closing the school brought sadness and an interesting anecdote found in the York Daily Record story: Art teacher Tiffany Loucks, who is no relation to Grace Loucks, would tell her students that she was the building’s owner. That joke won’t work next year when she moves to Wallace Elementary School. “I’ve seen Wallace — and it’s not that scary,” she told the YDR. “Just know next year, it will be OK — you will still cry — but it will be OK.” More below. Also of interest: Congressman Richard Nixon spoke to West York class of 1949. 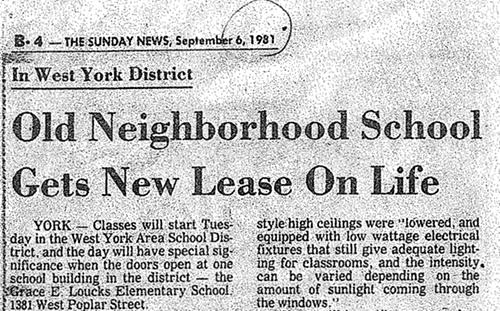 This York Sunday News story gives a short history lesson about the Grace E. Loucks School. The first four rooms of the West Poplar Street school went up in 1903, and an addition went on in 1932. It was then the William Penn School, with classes through 7th grade. It was renamed the Grace E. Loucks Elementary School at the time this story appeared. Check out this photo slide show of the school.

A fundraising website has been set up for a scholarship in honor York countian Cameron Mitchell, the New Freedom High School grad who went on to Hollywood stardom.

There’s an interesting short bio of Mitchell on that site too.

+++
Ever hear of this hero? Thanks to @YorkCityFire

Today we remember FF William Bush killed in the line of duty this date 100 years ago. He was run over by the apparatus when horses bolted.

Budmobile: We put up a bit on Bud’s Crosley, a rolling billboard for this long-gone eatery, in a recent post. Mike Argento had a lot more: Bud-Mobile, a piece of local history, resurfaces. It’s for sale and went on display along South George Street last week in time for the street rodders. Mike reports that no one bid on it. +++ Making iron: Ever wonder how charcoal is made?

To keep the tradition of making iron alive, Codorus State Park hosted a charcoal burn from June 5 to June 7.

+++
History Mystery: This place is now in private hands … .

History Mystery: School is out – and it’s now camp season. Well, it was a time to get away. as well, in this photo of a…