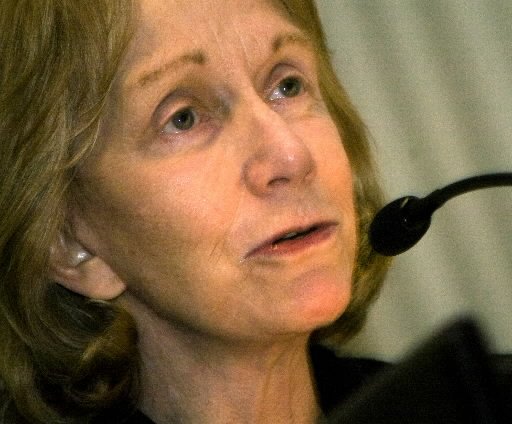 Noted author and historian Doris Kearns Goodwin will be in town in November to speak on “Leadership Lessons from Abraham Lincoln.” For ticket information, contact the York County Heritage Trust at 717-848-1587 or www.yorkheritage.org. The book wonderfully tells how Lincoln molded varying cabinet voices into a team that guided the North through the Civil War. Background post: York countians, newspaper no friend of Abraham Lincoln

Doris Kearns Goodwin accessed a York countian’s eye-witness account of Abraham Lincoln’s Gettysburg Address in her acclaimed “Team of Rivals.”
She writes briefly about Lincoln’s passage through York County on his way to deliver his famous address in November 1863.
As Lincoln delivered his speech, 15-year-old Hanoverian George Gitt was beneath the platform.
Goodwin drew on Gitt’s account to paint the scene that day. He wrote that the crowd stilled as soon as Lincoln got on his feet:

“Such was the quiet that his footfalls, I remember very distinctly, woke echoes, and with the creaking of the board, it was as if someone were walking through the hallways of an empty house,” Gitt wrote.
When Lincoln finished, those assembled remained motionless and silent.
“The extreme brevity of the address together with its abrupt close had so astonished the hearers that they stood transfixed. Had not Lincoln turned and moved toward his chair, the audience would very likely have remained voiceless for several moments more. Finally there came applause.”
To complete the story, Goodwin quoted another source, which had Lincoln turning to aide Ward Lamon: “Lamon, that speech won’t scour.” He feared he had disappointed his audience.
Orator and statesman Edward Everett, who preceded Lincoln to the platform, later said he couldn’t do in two hours what Lincoln did in two minutes.