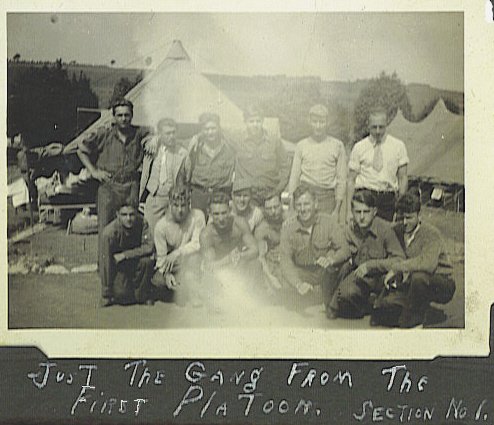 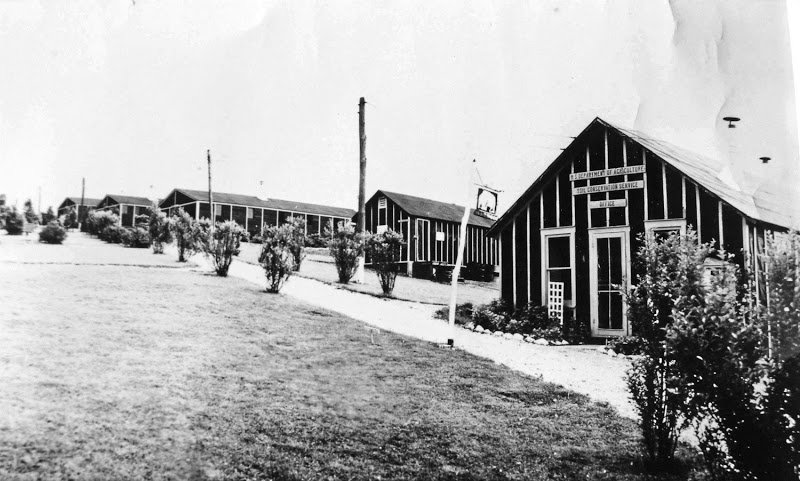 But buildings, of course, were welcomed by the workers. The buildings are gone, but a sign marks the site of the CCC camp. 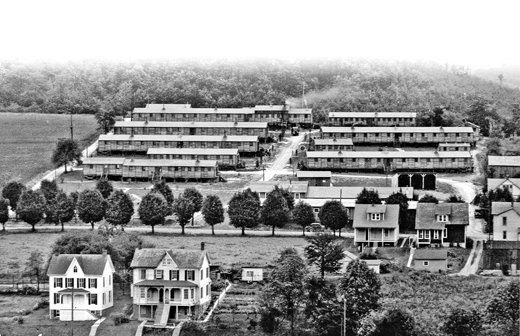 The living history exhibit will feature rare photos of this camp that provided jobs for young men when there were no jobs. The Sept. 29 event will be part of an afternoon of history in this southern York County borough that will also feature the dedication of a plaque on the historic Glen Theatre. 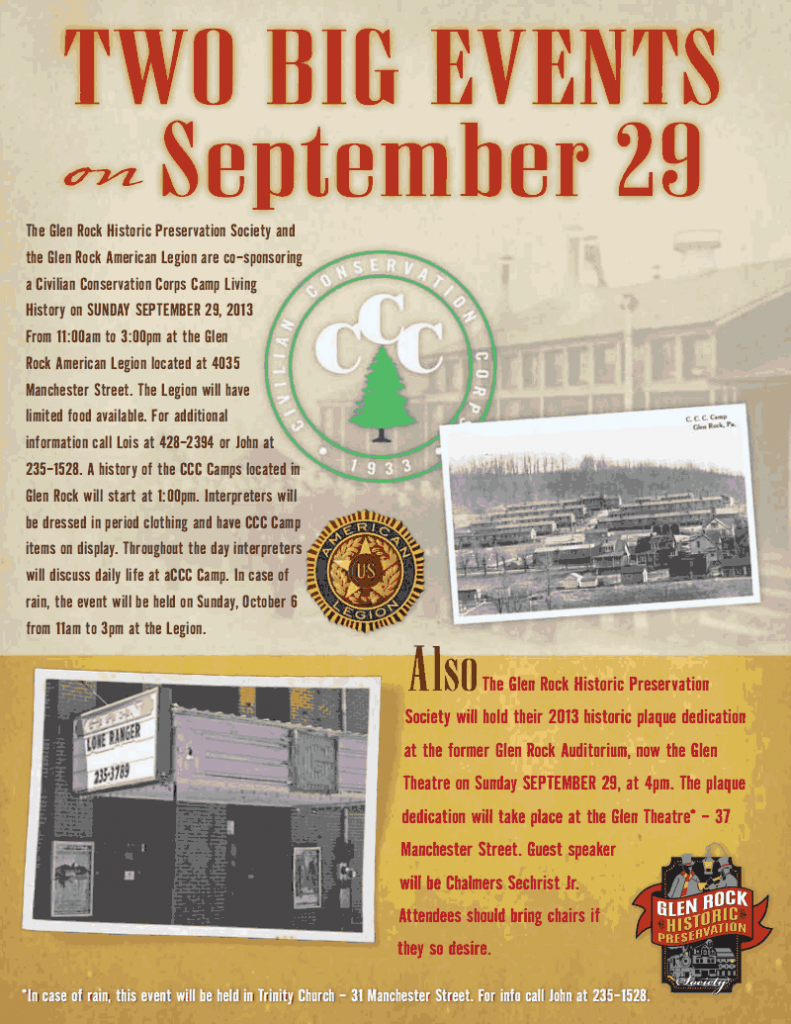