‘The Snakehead’ offers one-stop reading about human smuggling, the people of the Golden Venture 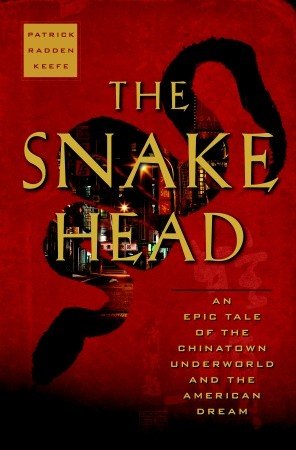 ‘The Snakehead,’ (cover here from publisher Random House’s site) tells about the people of the Golden Venture, part of the story of human smuggling that touched York County in the 1990s and is still remembered by some here. Patrick Radden Keefe’s book should serve as a reminder for many years ahead. Also of interest: ‘York: A Key City in the Keystone State’ and York County human trafficking: ‘Three years of … long hours, often seven days a week, for no pay’ and Golden Venture survivor’s family escaped venom of Snakeheads.

Patrick Radden Keefe’s ‘The Snakehead” provides a badly needed volume where people can go to understand the York chapter of the Golden Venture human smuggling story.
That chapter came after Chinese passengers from the Golden Venture freighter ran aground off New York in 1993 and ended up in York County prison for about four years.
My York Sunday News column (5/23/10) addressed ‘The Snakehead,” including the following excerpt that shows the need for Keefe’s work to remind us of that moment, a time when many in York County welcomed these newcomers to York County, lodged in prison without being charged: …

I was pondering the next book on tape to check out in Martin Library’s new release section.
Another guy was nearby going through a similar moment of delight.
We picked up a conversation about books and York and such.
He was a voracious consumer of books on tape, had lived in York for some time and was genuinely interested in the world around him.
By way of suggestion, I pointed to my recently returned copy of Patrick Radden Keefe’s “The Snakehead, An Epic Tale of the Chinatown Underworld and the American Dream.”
He was not aware of the story of Golden Venture detainees lodged, without charges, in the York County Prison for four years in the 1990s.
Even with his high level of community awareness, their story, which includes their eventual release by Clinton Administration order, was new to him.
That moment drove home the point that Keefe has done great service to York County and the world by winsomely telling the complicated story of international human smuggling with its local ties.
My new friend didn’t bite at my “Snakehead” recommendation, but the book is one York countians should pick up and read — or load in and play.

Also of interest:
‘The Snakehead’ and other books and books on tape can be put on reserve for pickup via: www.yorklibraries.org.