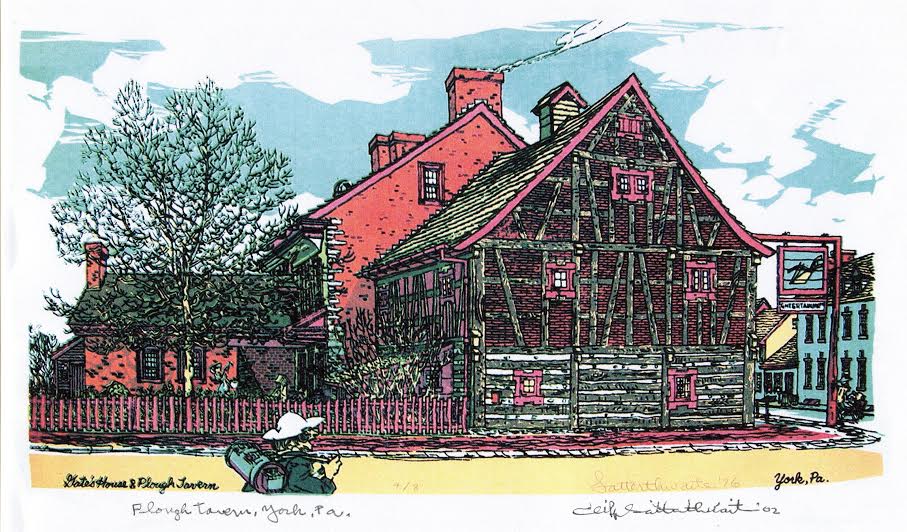 ‘Greater York in Action,’ a 1969 book, celebrated the restoration of the Golden Plough Tavern and the neighboring Gates House as ‘restoration of two of York’s most outstanding buildings.’ And that they are. The York County, Pa., Heritage Trust plans a 50th anniversary celebration of the Colonial Complex’s restoration on May 16-17. These images come from the hand of artist Cliff Satterthwaite, whose work also is the topic of Golden Plough, Part I, and Part II. The complex was obviously a favorite of his. This most recent batch, emailed from Cliff’s home in Fredericksburg, Va., scored this notation from the artist: for ‘thine pleasure.’  (See four more drawings below.) Also of interest: Central York students caption York history, including Colonial Complex. 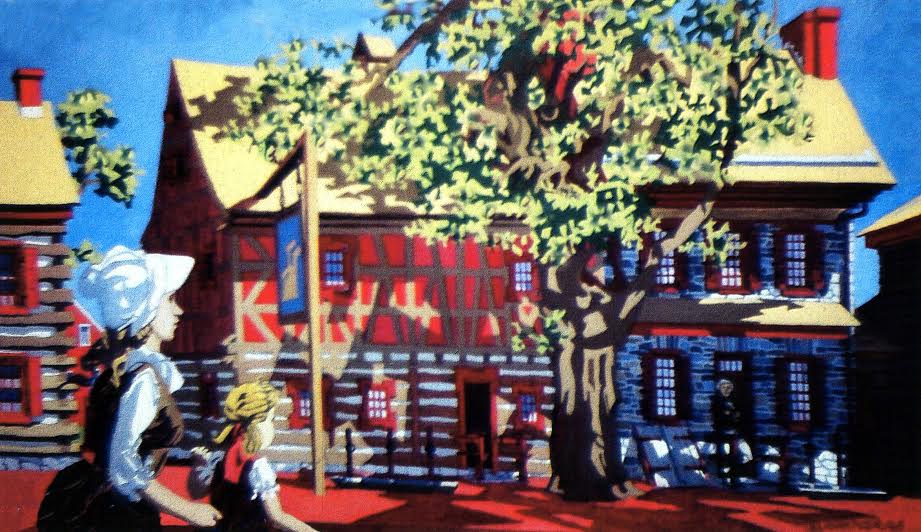 ‘(A) York lawyer commissioned me to do the one with “white bonnet lady and daughter at left of buildings,” ‘ Cliff Satterthwaite wrote. (He did not ID the attorney.) 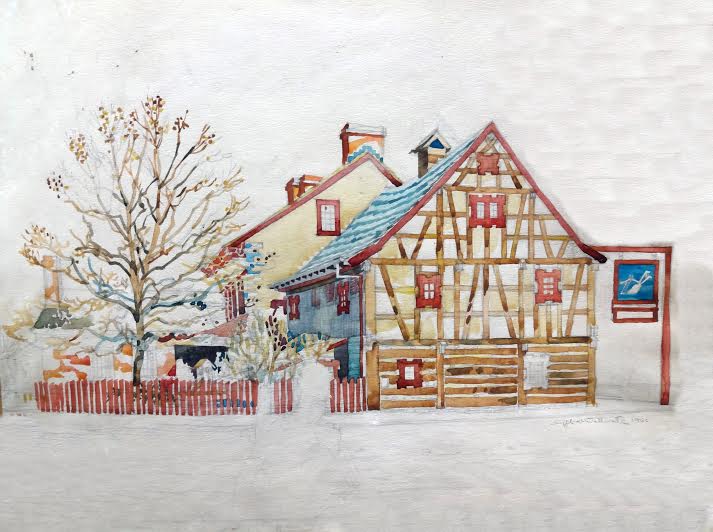 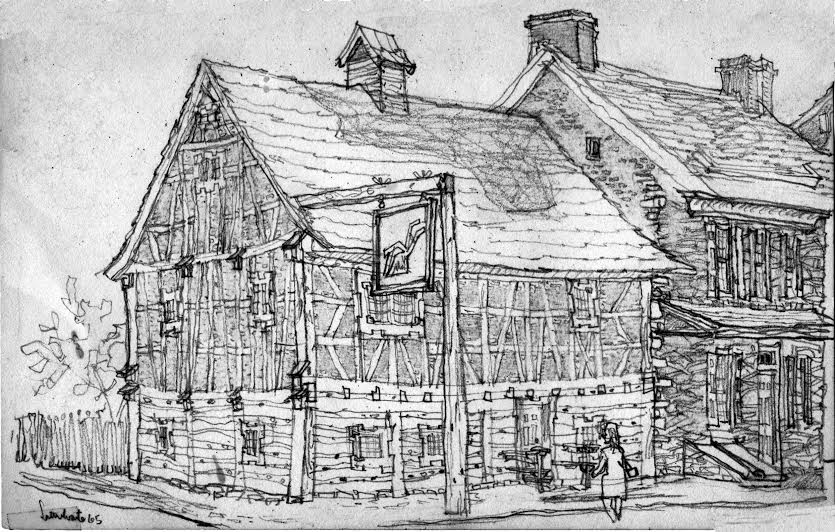 ‘Greater York’ said the Plough Tavern might be the oldest surviving structure in York. That might still be true of the circa 1741 structure. But you never know when another architectural wonder will be unveiled when centuries of siding come off.

Cliff Satterthwaite emailed a thank you for the York Daily Record’s ‘promoting the pleasure of my life in “the 1st capital”!’ He wrote that Marquis de Lafayette, long associated with the Gates House, would be proud: ‘(A)fter All….I DO live on Lafayette Blvd.’

Fifty years after the restoration, the frames from the artist’s pen and brush are supplemented by a video of the Golden Plough, available for the world to see.