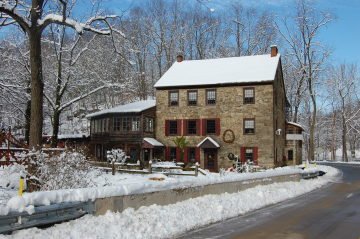 Mills, churches and one-room schools (see a school example below) are among the landmarks that persist in York County, Pa., when other buildings fall into ruins. Many of these buildings were built of stone or brick and are sturdy enough that they can be used for other purposes. Old mills house businesses, apartments and even private dwellings, such as the The Stone Mill near Glenville in southwestern York County seen here. Paul E. Hoffman, who submitted this photo to ydr.com’s photo gallery, described the mill as ‘picture-perfect after an early December snowfall.’ Of course, some houses last, too, and Spring Grove’s Hoke House (see below) hopefully will be in that group for decades longer. Also of interest: Mining a rich vein of southwestern York County’s religious history and Otts Hufnagel writes about Glen Rock’s first mill, aka, the Glen Rock Mill Inn.

“I don’t think that I have ever seen this poem published in the papers but it should be; and it should be part of York’s ongoing history, as Yorkers look back and wonder about these things,” she wrote.

Homegrown donut: Maple Donuts, York County’s native donut, is expanding its Springettsbury Township facilities. Nice to see that growth. This leads to the question about your favorite donut – Maple Donut or someone’s else’s? Please comment below. 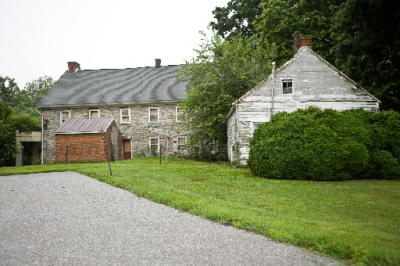