Glen Rock Hose and Ladder Co. has protected ‘the Rock’ since 1901 – before-and-after views

The Glen Rock, Pa., Hose and Ladder Co.’s engine house was completed in 1904. This home base for the fire company, ‘Protector of the Rock since 1901’ as its website states, has served many other functions over the years. A company history lists: Borough council meetings, Boy Scouts and other civic organizations, voting place, tax collection drop off, library (send floor), basketball court (third floor) and Glen Rock Caroler’s practice hall. Here’s is then and now Picturing History look at this place that has served the community – along with the firefighters based there – very well. Work the special slider to enjoy the ‘before-and after’ effect. Also of interest: Check out these stories and pictures about Glen Rock, Pa.

+++
Photos of Elm Beach, a popular swimming hole on the Conewago Creek north of Manchester, are readily available.

But I’ve seen relative few photos of the park that fed swimmers to the hole, nearby Cold Springs Park, a trolley park. So when I receive an eyewitness description, from Lorraine Fuhrman, I put it up for YorkTownSquare.com readers:

“Here goes from I grew up across from Cold Springs Park in Manchester, PA. & would love to find some pictures of how the park looked in the 20s, 30s, & 40s.

“The road I lived on was referred to as the “Trolley Road” and later “Park Street”. There was an enclosed pavilion where, among other events, was an organization, possibly Masons, had their annual Turtle Feed gathering. My folks cleaned up after various events and we would find a large turtle shell after that gathering. York city people would come out on the trolley to picnic at this location in the 20s through 30’s or longer.

“Many family reunions or company picnics also took place at CSP over the years. Great baseball games had been held there in the earlier years. There was an enormous open-sided pavilion also with a stage & locked storage with, I believe, a piano inside–if my memory serves me well. I do not know when it was built. There was a third structure which was small and appeared to be a refreshment stand. I believe the trolley line continued on down to “beach” where the city residents could cool off with a quick dip in the Conewago Creek.

“I am so hoping there are pictures available of this wonderful park. I have lived 46 years in Northern Minnesota & the memories of this park still warm my heart. The stories I know were shared by my deceased parents–Lawrence & Mildred Rhodes, along with memories of my 4 siblings & I playing there as children.”

If you have Cold Springs photos, please email them to me at: jem@ydr.com. The best photo I have is included with this post: Cold Springs Park.
+++
Hoke House Finds keep coming, however fleeting: 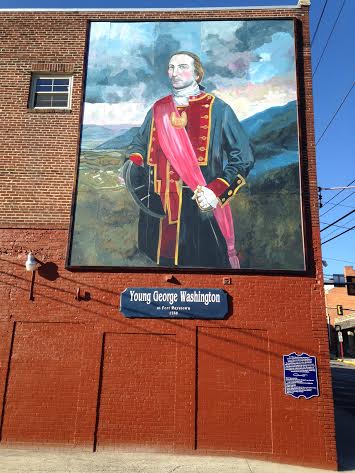 There’s at least this one Mural of Bedford … of George Washington. He’s better known in Bedford for making that western Pennsylvania borough the terminus of his western march to quell the Whiskey Rebellion in 1794. So Bedford has the Espy House to remember that event and this mural to observe Washington before the American Revolution. Also of interest: All roads lead to York, Pa.: Whiskey Rebellion linked Bedford and York counties. 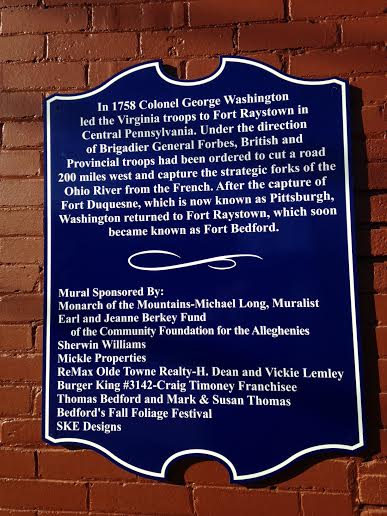 Information about how the mural came to be.

History mystery: And speaking of murals … .