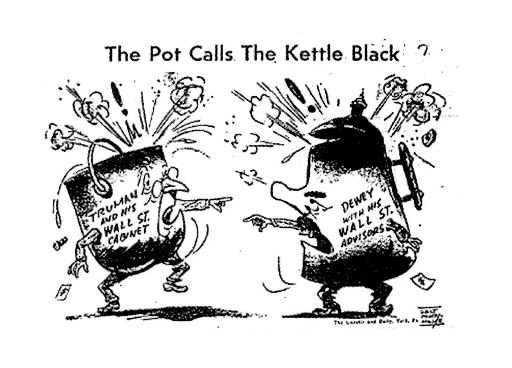 Cartoonist Walt Partymiller placed J.W. Gitt in an elite group of American newspaper publishers in this tribute after the longtime Gazette and Daily publisher died in 1973. Also of interest: Reflecting on J.W. Gitt’s Gazette and Daily and journalism in York, Pa.

J.W. Gitt consistently pointed to the founding date of his newspaper, The Gazette and Daily, at 1795.
That date came out again in the publication of Mary Allienne Hamilton’s new biography of Gitt, Rising from the Wilderness.
The problem with that date – or any year – for the founding of the predecessor to the York Daily Record is that it can’t be definitely determined.
In doing Gazette and Daily and Daily Record history, I’ve tried to consistently use what is certain: the earliest existing copy of The Gazette is dated May 20 and numbered “14.” (A copy of that edition is available at the York County Heritage Trust.)
If it published weekly and you count backwards, the first edition would have come off in early 1796. But weekly newspapers did not always publish weekly in those days.
What is more certain is that the Daily Record and Gazette, taken as a whole, is among the top 15 oldest newspapers in America. And one of Pennsylvania’s oldest businesses. And perhaps York County’s oldest business, although feel free to challenge that.
But there’s no claim that publication of any York newspaper has been continuous. A large gap in publication occurred, for example, between about 1807 and when the German language Gazette came back in English-language form in 1815.
Anyway, here is a chronology I prepared of Gazette/Daily Record history:

1795 — J.W. Gitt consistently points to his newspaper’s founding in 1795. The earliest existing copy of Solomon Meyer’s weekly German-language Gazette is dated May 20, 1796, and numbered “14.”
1815 — After several years without publication of a newspaper called The Gazette in York, William C. Harris issues an English-language Gazette. The Gazette resumes a weekly German edition in 1821, published until 1891.
1836 — David Small begins 49-year tenure as Gazette owner. The politically active Small also serves terms as York postmaster, county director of the poor and York’s chief burgess. As burgess, he is integral in the decision to surrender York during the Confederate occupation in the days before the Battle of Gettysburg.
1887 — Prominent businessman Adam Geesey converts The Gazette to daily publication, the third York-area newspaper to publish daily.
1899 — The Gazette first uses photographs, then in fledgling use by newspapers, to cover York County’s 150th anniversary festivities.
1901 — After numerous moves in its first 100 years, The Gazette locates to the 31 E. King St., York, plant that would serve as its home until 1973.
1915 — Allen C. Wiest and law partner J.W. Gitt acquire the foundering Gazette. This begins Gitt’s 55-year reign as Gazette owner. Under Gitt, the newspaper gains a national reputation for its independent, some said leftist, news orientation and editorial positions.
1918 — The Gazette purchases The Daily, York’s first daily newspaper, and the York Legal Record. The Gazette is renamed The Gazette and Daily.
1943 — Because of wartime newsprint shortages, The Gazette and Daily changes to a tabloid format.
1948 — Gitt draws criticism for his left-of-center leanings after backing Henry Wallace, Progressive Party candidate for U.S. president. The York newspaper is the only commercial daily in the United States to back Wallace.
1964 — Gitt refuses advertisements for presidential candidate Barry Goldwater, saying the Republican is as harmful as tobacco and liquor. Gitt has long rejected ads for those products.
1970 — Amid labor problems, the newspaper shuts down. Gitt sells assets to a local group headed by attorney Harold N. Fitzkee Jr. Gitt retires the Gazette and Daily name. The newspaper soon reopens with a York Daily Record nameplate. The name is said to come from The Daily and the York Legal Record, purchased in 1918.
1973 — The Daily Record is sold to Jimmy D. Scoggins, a veteran newspaperman. Scoggins moves the paper from York’s downtown building to a new plant in Springettsbury Township and changes to its current broadsheet format. The downtown building is later razed to provide a parking lot.
1978 — Buckner News Alliance purchases the newspaper from Scoggins and modernizes the newspaper’s appearance and operations.
1988 — MediaNews Group, owner of The York Dispatch, purchases the York Sunday News.
1989 — The Daily Record and The York Dispatch announce they will seek government approval for a joint operating agreement, a partial merger.
1990 — The U.S. Justice Department approves the JOA, creating the York Newspaper Co. to manage merged production, circulation and advertising departments. The Daily Record and Dispatch newsrooms are not part of the merger and remain under separate ownership.
2004 — Buckner News Alliance sells the York Daily Record to MediaNews Group. MediaNews Group continues to own the York Sunday News, and the newspaper publishes seven mornings a week. Today, The York Daily Record/Sunday News is a company under Digital First Media’s umbrella.
2015 — Gannett acquires the York Daily Record/Sunday News.