Ghost signs in Glen Rock, Pa.: They have new life for rail trail users to enjoy 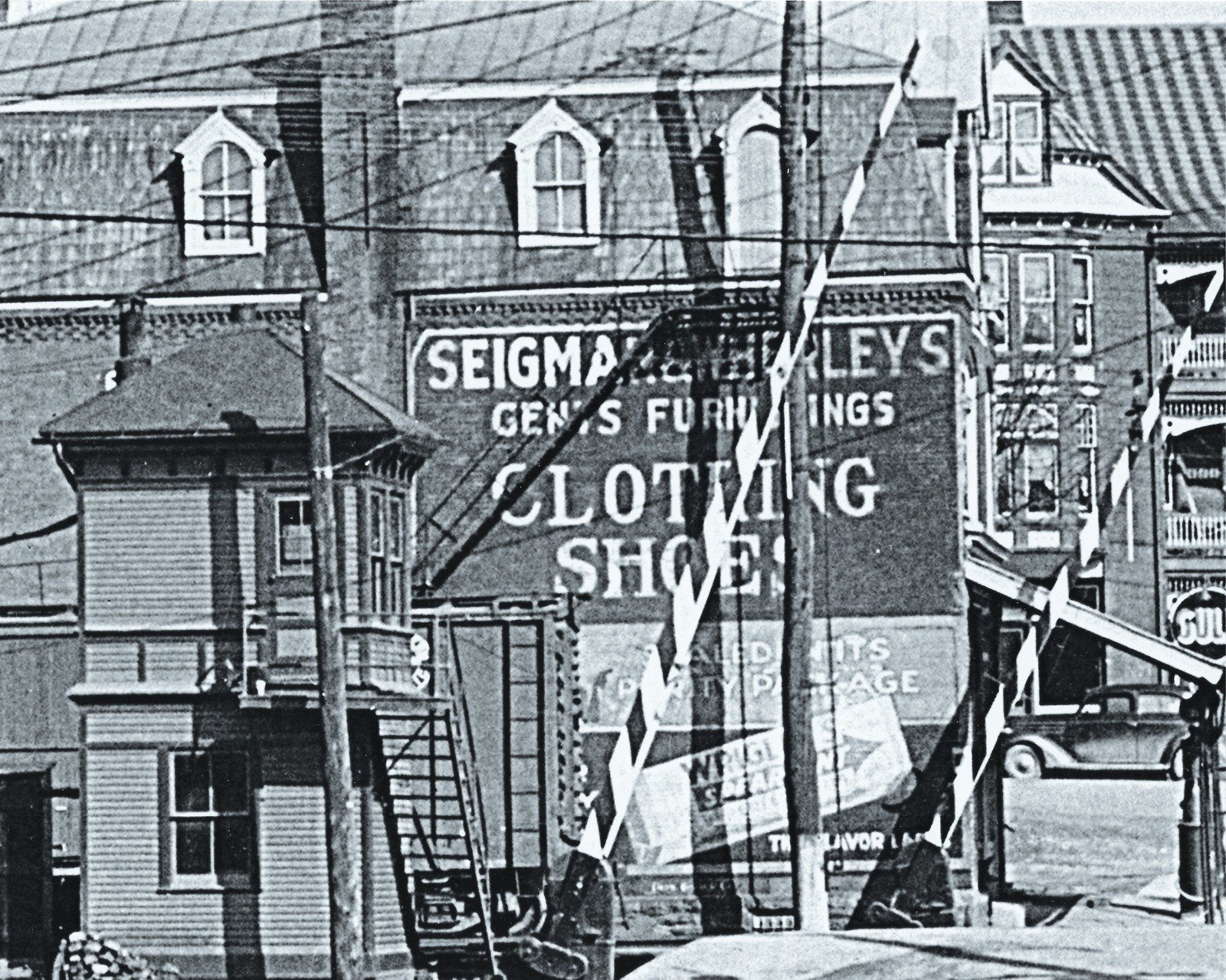 Advertisers have long done what it takes to reach prospective buyers, with messages small – and large. So when trains stopped or passed through Glen Rock in the late 1930s, they received the message from these two advertisers – Seigman’s & Wherleys and Wrigley gum. Time passed and … you’ll have to read  – and see – the rest of the story below. Also of interest: Of ghost signs and Roosevelt TV.

When the York County’s rail trail – Heritage Rail Trail Park – punched through into York in 1999 – and in the years before that big event – scattered opposition to its presence was heard along its 20-mile length.

Property owners along the trail were concerned about its their privacy. Some homeowners had encroached upon the right-of-way of the old Northern Central Railway and its successors. They didn’t want to give the land back.

Complaints about the trail have been minimal in the 15-plus years since it opened from the Mason-Dixon Line to York city.

Communities and their businesses are scrubbing up to look their best and to attract customers from the thousands of people who use the trail ever year.

Southern York County’s Glen Rock is one of them.

In many ways, this is nothing new. Its businesses reached out to train passengers for decades.  Two old ghost signs, fading into the brick side of one of its landmark buildings, attest to that.

So Glen Rock’s Historical Preservation Society has brought those ghost signs back to life with preservation work.

They remind trail users – including passengers on Steam into History’s rail excursion runs – that Glen Rock still welcomes their business.

And their new paint is a reminder of the beneficial impact of the county-owned trail in adding to the energy of the small towns bordering it. 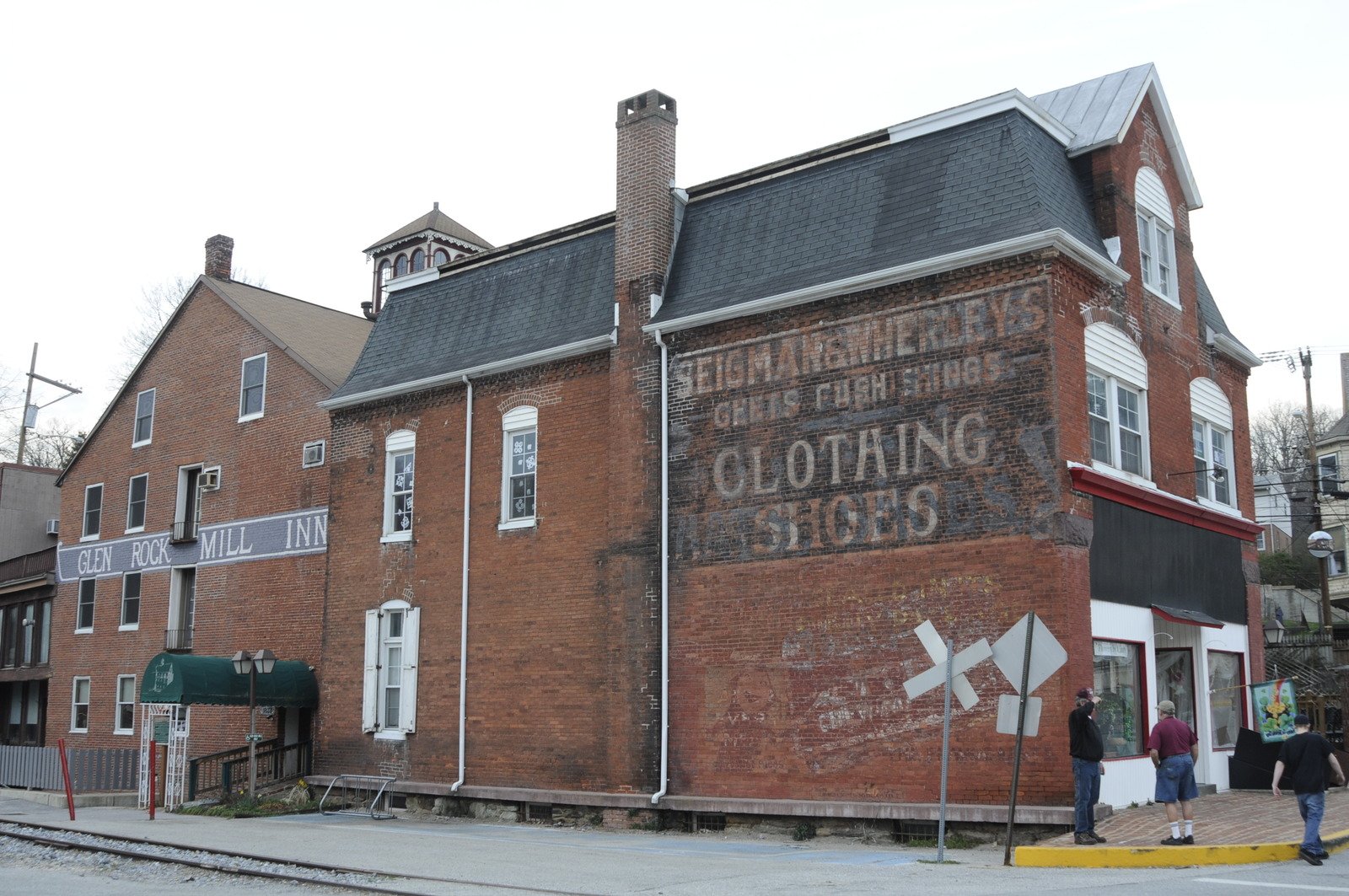 Time and weather caused the signs to fade. This is what passersby saw in 2012. ‘Note the Wrigley (bottom) ad has long been painted over, but the Seigman & Wherley ad at the top still is very readable even after about 80 years on the building,’ John ‘Otts’ Hufnagel wrote. ‘Says a lot for lead paint.’ The rail trail, which reached York as part of the county’s 250th anniversary festivities in 1999 – runs along the railroad tracks. 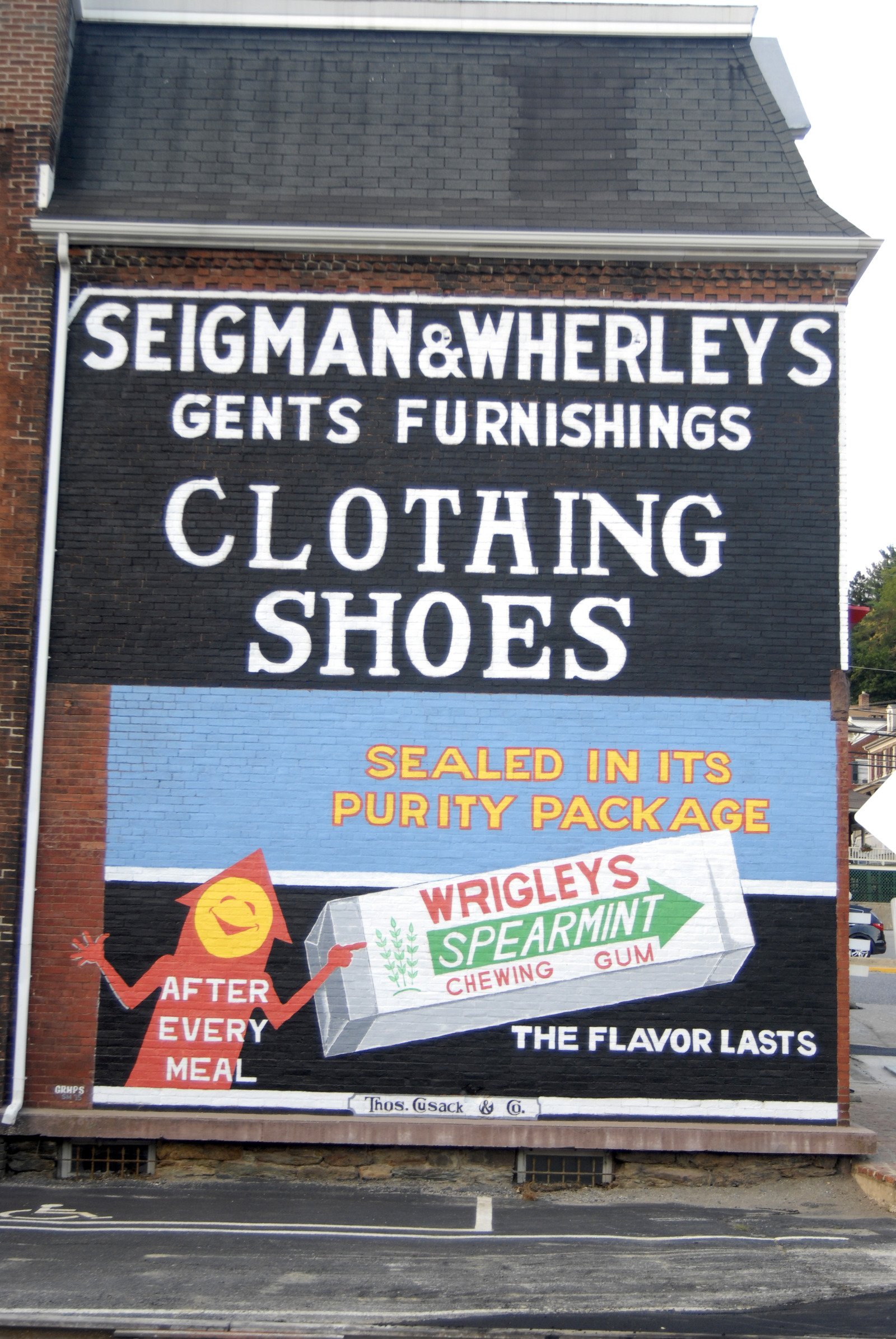 The ghost signs have come back to life today, after the Glen Rock Historic Preservation Society-led rehab project. 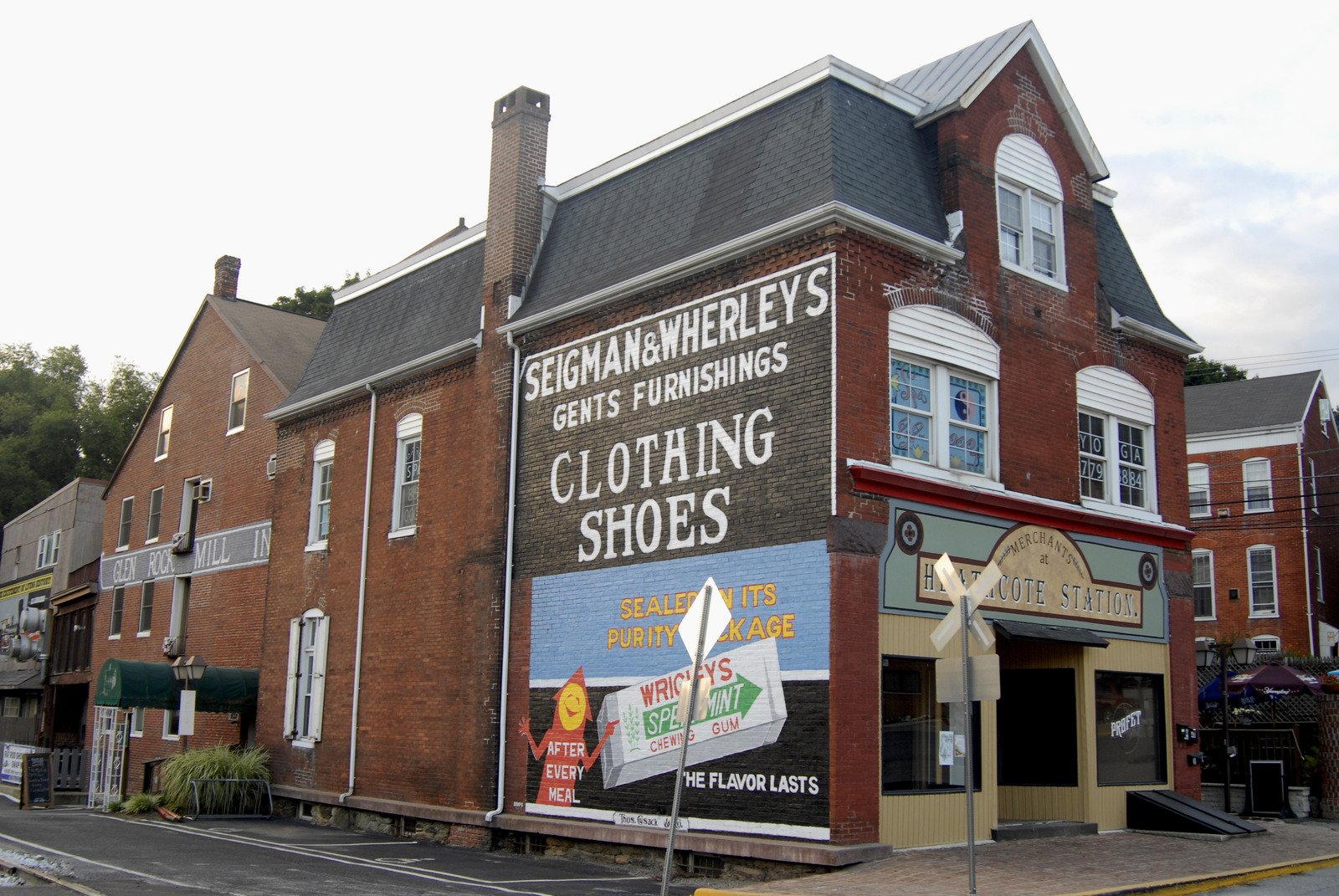 Otts provided this view of those behind this project: ‘We are very thankful to Terry and Cindy, owners of the Glen Rock Mill Inn, for donating the paint, to Rod Krebs for donating the lift for Steve (Myers) to use to reach the upper ad, and to Glen Rock Historic Preservation Society member Steve Myers for donating his time and talent to do the painting.’