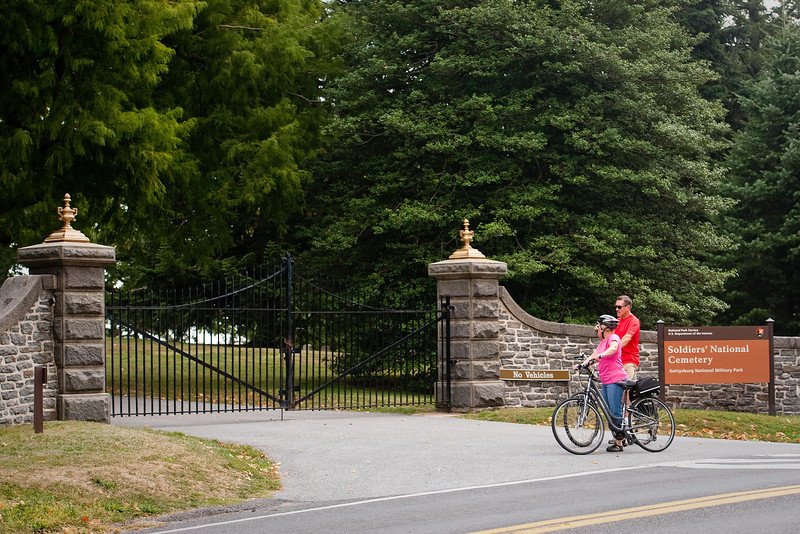 Yes, you’ll not see Gettysburg National Military Park this empty, blocked off and downright lonely. The U.S. government shutdown is the culprit. The Hanover, Pa., Evening Sun, which put up a Media Center gallery of the military park that included these photos, reports that 76 full-time park service employees are furloughed. All this in the 150th anniversary of the battle. Wait! There’s a bright side. The Ku Klux Klan rally, set for today on park grounds, has been detoured. Wonder whether the shutdown will be lifted in time for 150th anniversary observances of Abraham Lincoln’s appearance there to give a speech that is long remembered? Also of interest: Living historian to recreate Abe Lincoln’s trip to Gettysburg via Hanover Junction. 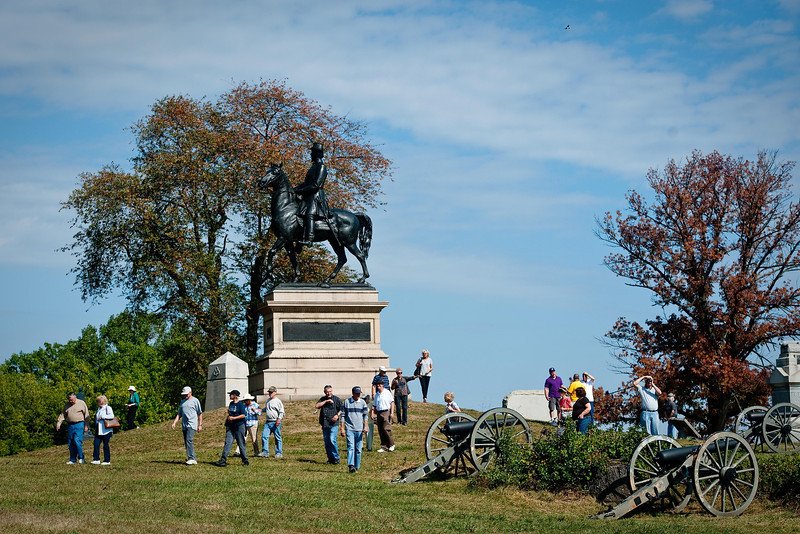 Now that’s more like it. ‘A crowd gathers on East Cemetery Hill on Tuesday, Oct. 1, 2013,’ the Evening Sun reports. ‘While the Gettysburg National Military Park is technically closed, this site is easily accessible and access was not being controlled by park rangers.’

Many people remember industrialist/philanthropist A.B. Farquhar. His son, Francis, was well-known, too.

Francis’ grandchildren and their families are coming to York today, according to a family member.

Activities include lunch at the Yorktowne Hotel, a drive-by the North George Street area where A.B. Farquhar Co., stood and, of course, a visit to Farquhar Park.

Here more more than 20 posts about A.B. Farquhar, his company and family.

History mystery scene: This photo provides a wonderful view, one of York County’s most scenic. Where was the photographer standing? Bonus question: Who is that well-known York countian walking up the hill? (Also of interest: http://bit.ly/177wvND).