Gettysburg battlefield, as you’re used to seeing it 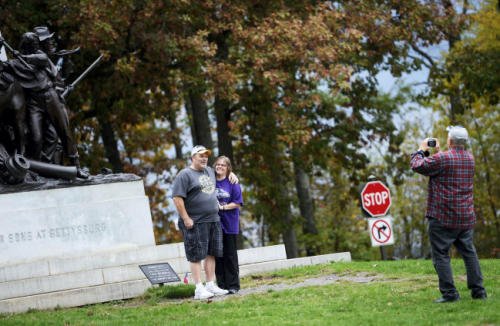 Now that’s more like it. These scenes are playing out all over the re-opened Gettysburg Battlefield – reopened, that is, after the government shutdown ended. Shrewsbury’s Fred Luther is behind the camera at the Virginia Monument to capture Franklin, Pa.’s, Rob and Tina Wolbert’s moment at Gettysburg National Military Park. For scenes of the closed-park, just days earlier, check out: Gettysburg’s battlefield, as you’ve never seen it. Now let observances of the 150th anniversary of the Gettysburg Address begin: Living historian to recreate Abe Lincoln’s Gettysburg trip via Hanover Junction.

Such groups – Dover’s and Glen Rock’s in this story – really aid in the preservation of community. And they help preserve community and bring to light photographs and artifacts from private collections.

They also provide an opportunity for local historical societies to get involved in showing off their photo collections and adding context to comments. May there be many more of these groups. 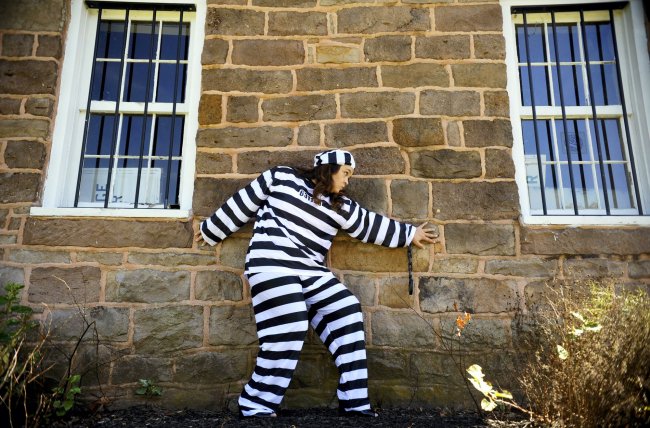 Paper Fair weekend: The always interesting York Book and Paper Fair opens its doors for another round on Saturday.

Oyster Festival this weekend, too: “Oysters will be served stewed, nude and fried, along with steamed shrimp, homemade barbecue, creamy macaroni and cheese, apple fritters and cole slaw,” a notice on the York County Heritage Trust says about the Sunday event.

Speaking of the Trust: This website profiles a new acquisition: Reddy Kilowatt.

Here’s a memory, come alive: Bringing back the singing telegram.