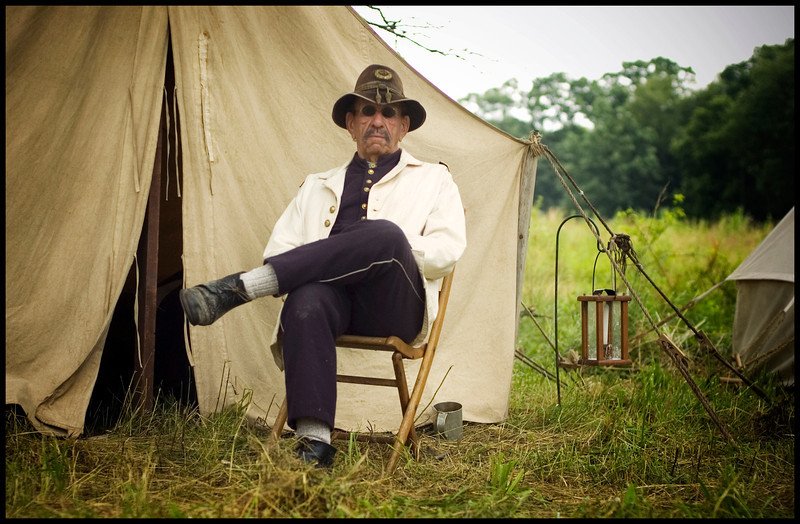 This photograph of a Civil War re-enactor is part of a slide show of those who take part in this popular hobby at ydr.com’s Media Center. The Media Center will showcase numerous slideshows from Gettysburg 150 observances in York and Adams counties this year. It is one of several virtual offerings and actual exhibits and events planned this year. Also of interest, another 150th attraction: Steam into History is steaming into the present.

Gettysburg 150 is spawning books, exhibits, apps and much more.

Here’s a sampling emphasizing those that deal, in full or in part, with York County in the Civil War:

– Ydr.com produced this e-book of my “East of Gettysburg.”

That’s a quick list. More to come in future posts. 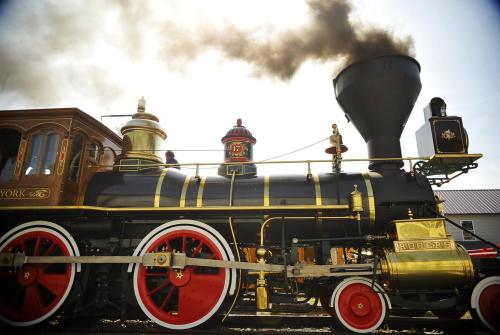 Steam into History’s newly constructed locomotive gets fired up for the first time this week.