Gettysburg 150: York County crawled with Copperheads in the Civil War 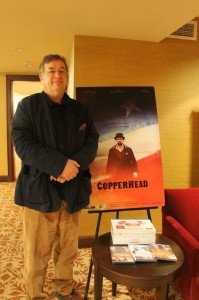 Ron Maxwell, seen here in Gettysburg, is known to southcentral Pennsylvania film and Civil War aficionados as the man behind ‘Gettysburg,’ and ‘Gods and Generals.’ He directed the film “Copperhead,” which premiered in Gettysburg last week as part of Gettysburg 150. Copperheads, as part of a political movement, were also known as Peace Democrats in the Civil War. Also of interest: A Civil War Black Republican: ‘He robs birds’ nests … sucks hens’ eggs’

When the movie ‘Copperhead’ opened in Gettysburg last week, it raised a question about whether this sector of the Democratic Party in the Civil War had followers in York County.

The short answer is that it was crawling with them.

In fact, the majority in York County supported the Copperhead position articulated with the mantra or some variation of it: ‘The Union as it was. The Negroes where they are. The Constitution as it is.’ Sometimes, those tagged as Copperheads welcomed the name.

Such political adherents were most prevalent in counties bordering the South, and York County filled that bill. Those border counties often were conflicted because their geography placed them at a junction of competing ideas. Such conflicting ideas could result in a kind of ambivalence or even pragmatism.

For example, York County held a less-than-firm view against against slavery, which U.S. Grant called a stain on a democracy. In fact, the Copperhead discourse was sometimes racist. York County backed Southern candidates against Lincoln in the 1860 election. So when Jubal Early’s Confederates were marching toward York, the pragmatic solution to surrender the town rather than to fight or passively resist came more easily.

The Copperheads were controversial in York County and elsewhere because they exercised a pull against Abraham Lincoln and his prosecution of the war.

York countians are joining in the discussion about the politics around here at the time of the Civil War.

At a recent York Civil War Roundtable gathering, I asked the audience by a show of hands who won the 1860 election in York County – Lincoln or the Democrats. Most hands shot up in response to ‘Democrats.’

It’s a plus to York County’s understanding of its past that the film ‘Copperhead’ is released. Ditto for Ron Hershner’s ‘Letters from Home,’ which explores the Copperhead presence in York County in the 1860s and before.
Did you know?
In a recent speech, Ron Hershner pointed out that the family of head Copperhead, Clement L. Vallandigham of Ohio, came from York County.

– Jennifer Weber, whose authoritative and readable book ‘Copperheads: The Rise and Fall of Lincoln’s Opponents in the North,’ spoke to a private gathering in York County earlier this year. 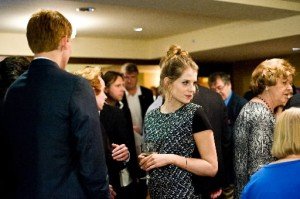