Gettysburg 150: Prime time to score an ‘A’ in understanding the Civil War’s causes, contributors 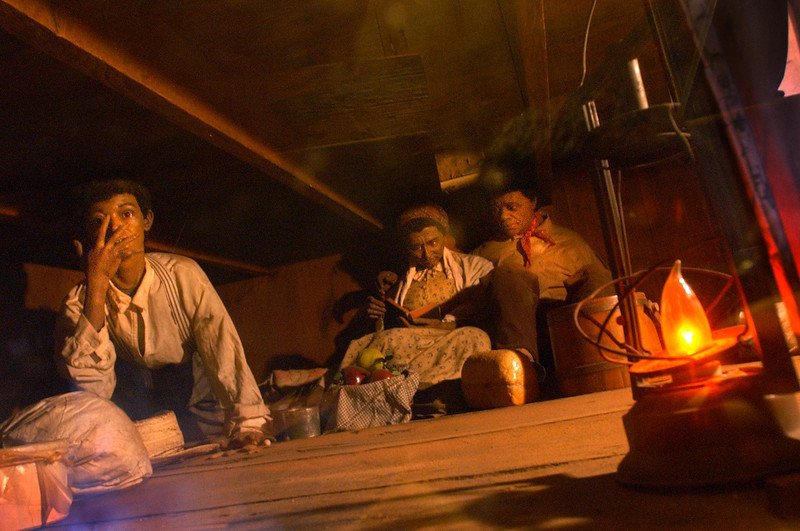 Here’s one of Gettysburg’s museums. And it’s not really a museum. It’s a restaurant. The Dobbin House. But this Underground Railroad display is a can’t-miss  feature of that Gettysburg, Pa., structure. Another Dobbin House feature is its balcony. That vantage point would have provided an elevated view of Abraham Lincoln, on a horse, making his way to deliver his 272-word address on Nov. 19, 1863. This Underground Railroad exhibit is an example of the many sites in York/Adams that can help people better understand the Civil War, and its causes. See more photos of Gettysburg-area museums at ydr.com’s Media Center. Another sample museum photo is below. Also of interest: Gettysburg 100: Re-enactors were busy then, too.

That was a Civil War-savvy crowd last week at the Stewartstown Historical Society’s Civil War night.

For example, in loose paraphrase with my quick summary in response:

– Did the Union Army have an advantage because its officers had better knowledge of Pennsylvania and its terrain? (Response: They had some advantage, but some Confederate generals also visited Pennsylvania in their military careers. Confederate Gen. Richard Ewell, in fact, had kinsmen in York.)

– How did the Civil War foster change in York County and America? (Response: The war advanced technology in warfare. For example, the Gatling Gun, a primitive machine gun, was introduced. That’s one example. Here’s another: The war’s bloodshed and overall disruption of family life was such that, in York County, an orphanage was necessary. It’s known today as the Children’s Home of York.)

– It was impressive that the Confederates when in York County were so gentlemanly and courteous. (Response: Commanding Gen. Robert E. Lee knew that to maintain integrity of his invading Army, he would need to order against ransacking and looting. This was also a politically savvy move. This masks the fact that fighting men died, women and children were put in the line of fire, York County’s black population had to evacuate or risk enslavement and the county’s population was generally terrorized by his soldiers.)

– The Rebels stole more than 1,000 horses in York County. Why, if those were converted to their counterparts today – cars or tractors – it would fill up a town like Stewartstown. (Response: Yes, the impact of 11,000 hungry and tired Confederates crossing York County in a short amount was immense. In short, the Rebels were skilled horse thieves, and their deftness was not offset a bit by the worthless money they often left behind.)

– What choice did the undefended town of York have but to surrender to the Confederates? (Response: Among many options, York’s fathers had the choice of passively waiting as the Confederates entered town, rather than actively approaching the enemy to surrender the town. As one example, Hanover’s fathers simply stood in Center Square as Elijah White’s Rebel cavalry invaded the town.)

I commented on the richness of the discourse to the audience and afterwards to Scott and others.

If we can ponder and process the causes of the war – the “whys” behind the war, and what it meant then and today, and why hundreds of thousands died – then the 150th anniversary of the Civil War will be all the more memorable and meaningful.

History is really “His Story,” the story of people, and ends in a “y.” “Why” is the most important question historians can ask.

An “A” student can answer the first four and “why.”

The inquisitive Stewartstown audience would have scored an “A” in Jim Rudisill’s class.

Interest will climb to a 50-year high in the Civil War in York County and southcentral Pennsylvania in the next 30 days. It’s a great moment to ask why to better understand the war’s causes and contributors.

Check out these stories and photos about the Civil War in York County. 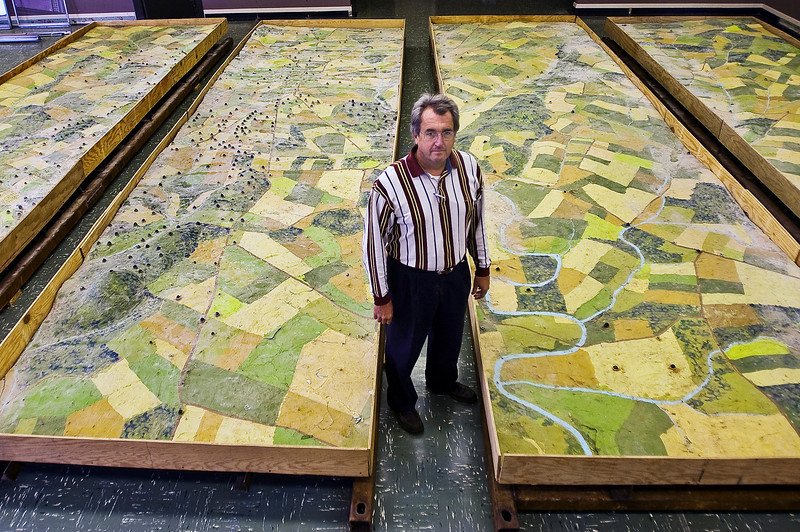 Scott Roland, owner of the old Gettysburg Electric Map, stands beside the landmark in its new home – the old Wachovia Bank in Hanover. The Electric Map is expected to be displayed and described in this 150th-anniversary year, another chance to learn about the war. This photo also comes from the Media Center’s Civil War section.