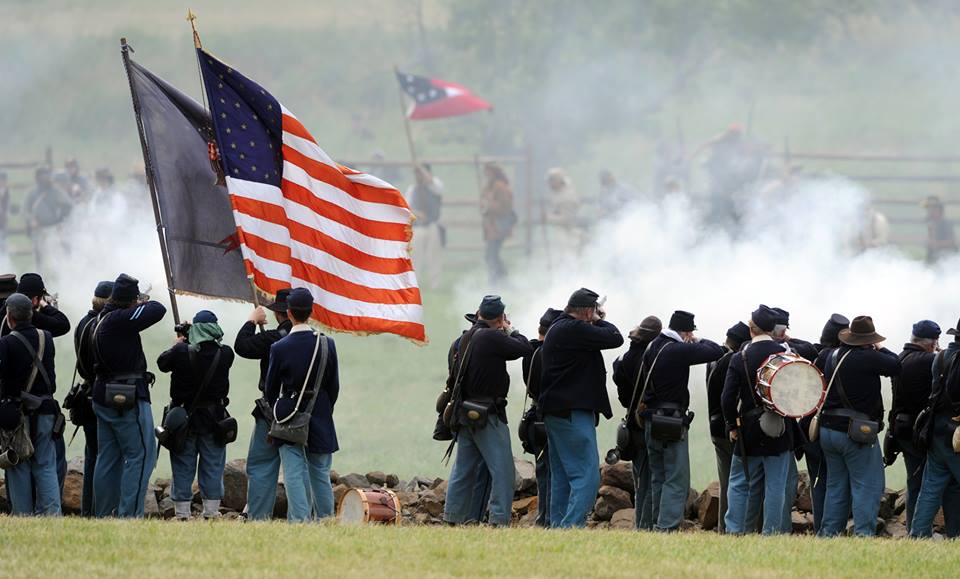 This re-enactment, the second of two at Gettysburg 150, ended with Pickett’s Charge on Sunday. It was one of 10 photos capturing re-enactment scenes on ydr.com’s Media Center. Such art brought the following from Kate Currier Perkins on ydr.com’s Facebook page: ‘Nice pics!’ Yes, indeed. For more pictures, see below. Also of interest: Check out how journalists coverage last year’s re-enactment, 140 characters at a time.

1. It’s a wrap. Estimates of numbers of Gettysburg 150 visitors came into the hundreds of thousands.

2. For a summary of major July 7 events, check out: Quick read. 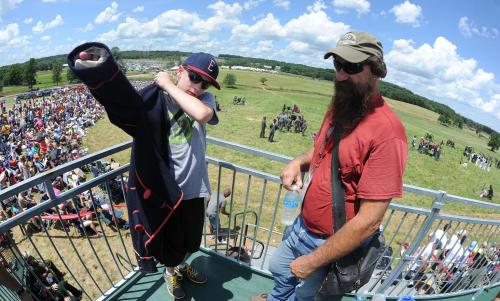 3. This youngster received a Make-a-Wish trip to Gettysburg and the Sunday re-enactment. “I like history,” he told a reporter, matter-of-factly. Indeed. 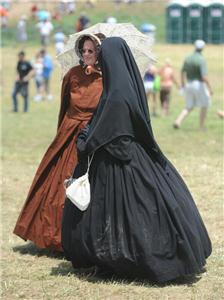 4. Ah, the ever-present heat on a summer day in Gettysburg. Here, Gettysburg 150 re-enactor stays in character, despite the heat, mourning her brother. For full coverage, see ydr.com Gettysburg 150 site. 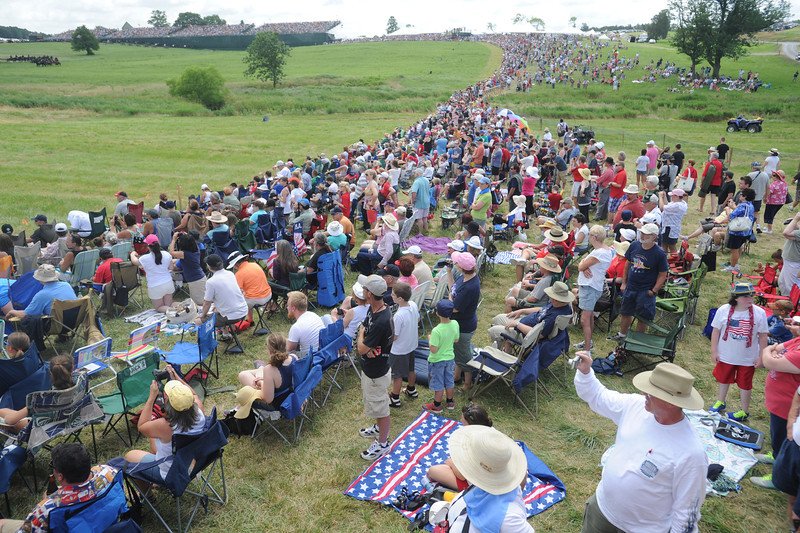 5. This ydr.com photo gives an idea of the crowds that turned out for the second re-enactment sponsored by the Gettysburg Anniversary Committee.

This brothel sold back rubs, as told by YDR videographer Sonya Paclob.