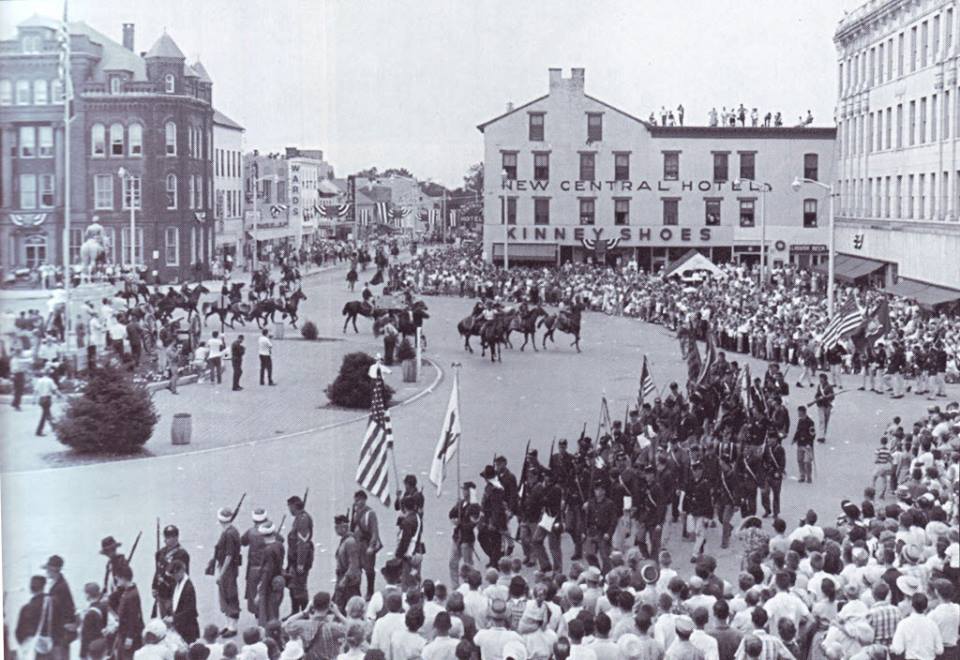 The Hanover, Pa., Evening Sun, a tireless chronicler of Civil War history with great proximity to the Gettysburg battlefield, has embarked on a series of historical Hanover photographs.This photograph shows re-enactors – they were around then, too – marching in Hanover’s Center Square in 1963 as part of the 100th anniversary of the battles of Hanover and Gettysburg. A 150th Battle of Hanover cavalry re-enactment, south of the borough, is set this year. Notice the statue then stood in the middle of the square. It has since been moved to one of its angles. Also of interest: Hanover Civil War story stop: ‘Mother Loses Two Sons to War’.

York’s Brenda Neff signed up to ancestry.com recently and discovered more about a connection with the Civil War in York.

“My 2nd great grandfather, George Munchel, was a shoemaker.  His business was located on the northeast corner of Market & Newberry Sts.  When the Rebels came to York he was forced to make shoes and boots for the Rebels.”

Brenda’s late father was a Civil War buff, she wrote.

“I’m sorry he never lived to learn this.”

Forum of the day: Exchangers are discussing Steam into History’s initial excursion runs along the old Northern Central Railway in southern York County. 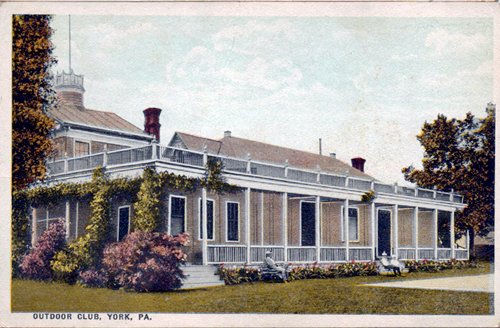 History mystery photo: Where was the Out Door Country Club located in this colorized postcard view? And where did it move next before its resting place in Manchester Township, where it’s sited today? (Answer is here: Out Door Club.)