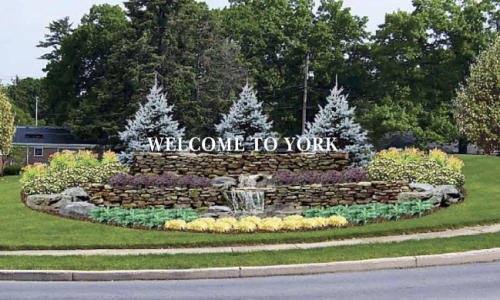 People call this green area that greets motorists heading into York City from the south many things. But grassy knoll seems to be a common name. Whatever its name, this WellSpan-owned property will be landscaped to the tune of $35,000 to become a major “Welcome to York” sign. This is York, Pa.’s, busiest entrance – the way taken by York Expo Center goers, York College students and thousands of others each day. The Rotary Club of York is erecting this big sign – “Gateway to York Garden” –  as part of its 100th birthday in 2016. This is one of two major projects that are part of Rotary’s birthday. The club is taking ownership of and replacing the mural on the side of the Yorktowne Hotel, where the club has met since the the hotel went up in 1925. The club’s meeting place before the Yorktowne? The Colonial Hotel on Continental Square, according to Rotarian Gordon Freireich. (Photo above is a conceptual drawining). Also of interest: Where does Rathton of York/Spring Garden Township Rathton Road fame come from?

York County has its share of sinkholes, as do other counties in limestone-rich southcentral Pennsylvania.

So here’s the start of a story from Lebanon County that you won’t be able to resist:

“Imagine coming home and finding a large sinkhole in your backyard — a sinkhole with stone walls and a roof. Well, the sinkhole that Ashley Norton found in her backyard has them, and it’s a bit of mystery as to why.”

And there’s a photo too. Check out this History Mystery.

+++
West end: Where does York’s Salem Square get its name?

ICYMI: There is a lot more to #iloveyorkcity and its neighborhoods than meets the eye. http://t.co/QmDjivfpNY pic.twitter.com/EaL9Ka1qTW

The YDR’s Mark Walters, in reporting on Salem Square, says that the old road to New Salem borough – York New Salem – passed through there. 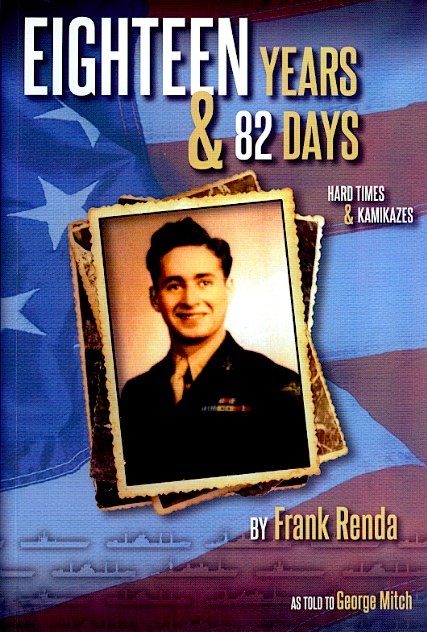 Yorkblogger Stephen H. Smith writes about a new book about a military man who served his country on Okinawa in World War II. Frank Renda will sign his book at an event at Nefra Communication Center on March 19.

Then & now: You’re aware of the Pictury History before and after photographs of building exteriors? Well, here’s one on Facebook of the York City Pretzel Company’s impressive rehab of its West Market Street building’s interior.