Furniture and motorcycles, York County icons, come together in this Hanover factory-warehouse 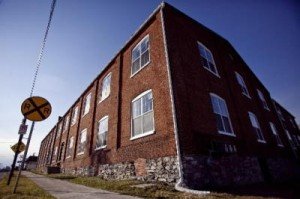 Workers are converting the former Madison Square Furniture factory on West Elm Street in Hanover, Pa., into a motorcycle parts distribution center. That initiative combines two York County icons – furniture making and motorcycles. (Click on this photograph to enlarge. Interior photograph below.) Also of interest: Harley’s new plant tour– From frame to ‘final dress’ and Family member would like Boring Furniture Co. of North York, Pa., to be remembered.

At yorktownsquare.com, we love it when we can link up two seemingly unrelated strands of history. (Witness:Harleys and chicken corn soup: The sound and taste of York County, Pa.)

Actually, we did not have to link up a recent one. An entrepreneur in Hanover did so, and the Hanover Evening Sun (2/23/12) reported on it.

Of course, you’ll be quick to point out that this is the land of Harley, not Honda. Harley-Davidson has assembled bikes here for about 50 years.

This is all just fun, so give us a little latitude – bikes of all stripes ride the roads around here and perhaps David Silver will see a market for vintage Harley parts. And enjoy this story from the Evening Sun which begins:

“The British entrepreneur deals in tens of thousands of parts for vintage Honda motorcycles.

“It’s a niche market that Silver has been filling for more than 25 years. His United Kingdom-based David Silver Spares has done so well in fact that it has grown into a worldwide operation.

“And his next step is expanding his distribution network with a parts center/warehouse in Hanover.

” ‘It’s what we do. We turn a pile of parts, which is no use to anybody, into something that is useful and put it on the Internet. They can see what it is,’ ” said Silver as he examined restoration progress Wednesday on the West Elm Street factory building he purchased… . ”

All Harley-Davidson posts from the start 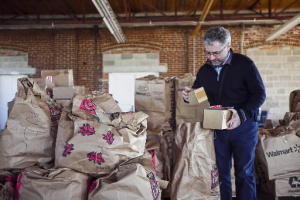