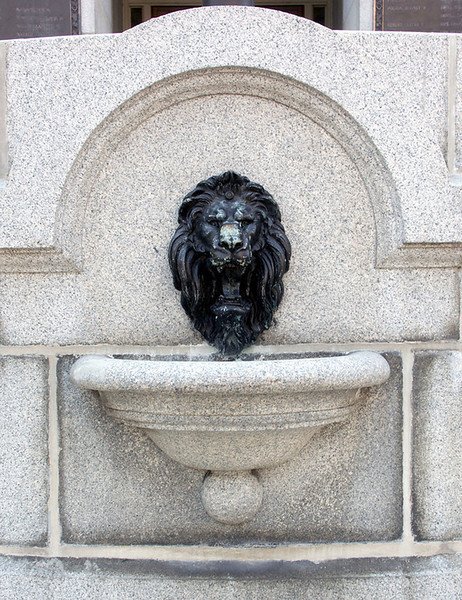 This artwork of a frowning lion is about at ground zero in York County, Pa. It’s one of a series of architectural features captured in ydr.com’s Media Center: Architectural ornamentation. The gallery shows 15 examples of such architecture, including some scary ornamentation – scary compared to even this lion. (See example below). These architectural features often play a useful function. They serve as rain spouts. (See answer to the whereabouts of this lion below.) Also of interest: Another Media Center gallery: Views of one-room schools dotting York County’s countryside. 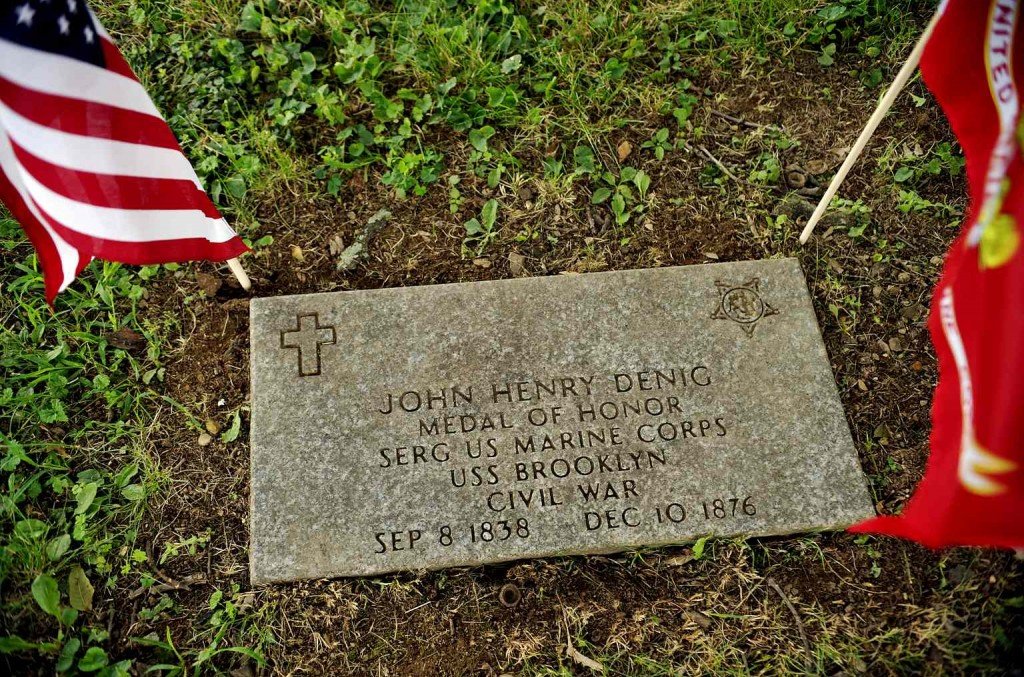 This tombstone marks the burial place of York countian John Henry Denig, awarded the Medal of Honor in the Civil War. A remembrance ceremony recently honored the fighting man.

Wheels of York: This Hanover man – Charlie Garrett – was reunited with his race car after nearly 50 years.

Historic preservation costs money. Yes, indeed. The York Daily Record/Sunday News looks at that issue as it relates to the Hoke House and Camp Security.

Linglestown, in Dauphin County, is a walkable town, blessed with a coffee house and prime Italian restaurant. That restaurant operates in a former Church of God. 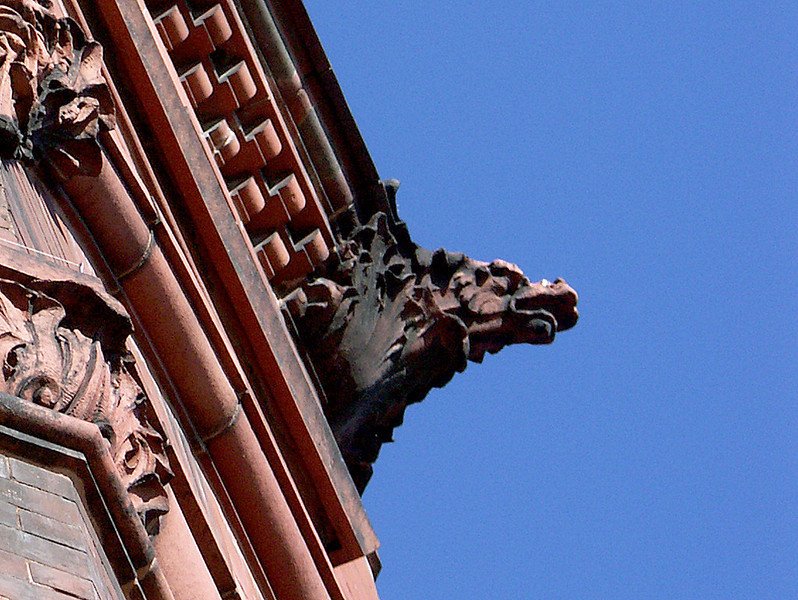 *Answer to location of photo above: The lion’s head part of the design of the water fountain squarely in front of the old York County Court House.  The Dempwolf firm designed the building, as it did numerous buildings with significant architectural features in York.