From Texas to Dillsburg: Haar’s Drive-In livestreams Buffett concert on its big screen

Maybe it’s a rough form of adaptive reuse with an assist from technology. Haar’s Drive-In’s big screen, stands near York County, Pa.’s Dillsburg, showed captured a Jimmy Buffett concert in Texas, rather than a recently released flick. The drive-in, York County’s last and one of the few in the region, installed digital equipment last year, positioning itself for such shows. Interestingly, the Cumberland Drive-In near Cumberland County’s Newville is letting its audience know that its last 35mm show is set for June 26. Then it will switch to digital. Interestingly, Haar’s opened in 1952; Cumberland in 1953. Also of interest: Last picture showplace: Haar’s Drive-In, York County’s last outdoor theater, has gone digital and Old Lincoln Drive In Theater, west of York, Pa.: ‘No sitter problems, No parking worries’.

Community snapshots: The PennLive link leads to multiple photographs of Mechanicsburg, just north of the York County line, in the old days. 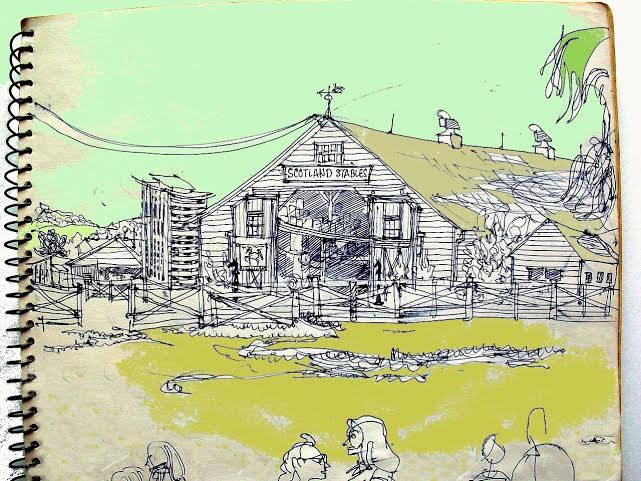 Cliff Satterthwaite captured 1967 scene at “Scotland Stables.” He remembers it being near Avalong’s, Mount Zion and Whiteford Roads in Springettsbury Township. ‘… Was as close to Scotland as I would ever get.”