From dunce caps to diplomas: York County, Pa., exhibit curators ‘get to have fun with history’ 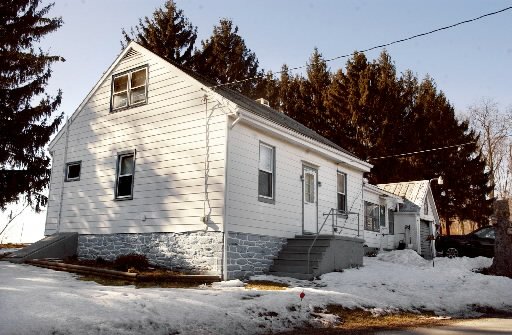 Look closely and you’ll see a one-room school shape within this house. That’s Ebaugh’s school in southeastern York County. The shape might be there, but the school-turned-house has some features not enjoyed by school students:  electricity, phones and a bathroom. The topic of 0ne-room schools formed a part of the York County Junior Curators exhibit at the York County Heritage Trust.

This year, the pick was “Dunce Caps, Dollhouses, and Diplomas: The Lives of York County Children.”

Here are several of the artifacts on exhibit to explain the topic:

– A child’s lead casket, complete with viewing glass. The casket, which was small enough for one pallbearer to carry (although I’m not sure about the weight), bore bolts in its top and bottom and white fabric inside.

– Children’s toys were simpler than the videogames of today: tops, and checkerboards, dollhouses and puzzle picture blocks.

– School discipline consisted of paddling (unlike today) and banishment from school (called suspension or expulsion today.) True to the exhibit’s title, a dunce cap was displayed with the notation: “Some students were forced to sit in the corner with the notorious dunce cap on their heads.”

A replica for that pointed cap was on display, which isn’t surprising. Who would keep – and donate – such an artifact? Well, actually people would. The exhibit last year showed notorious pointed caps of a different type – the hoods, with robes, of the Ku Klux Klan. Mark that as the “ugly” part of the good, bad and ugly exhibit.

In working on their annual exhibits, York County Heritage Trust Junior Curators do the work of a professional curator, a description says .

“Most importantly, the Junior Curators get to have fun with history,” the description states.

Reviewing the curators’ exhibits the past four years, that sense of humor comes through.

The dunce cap is Exhibit A. 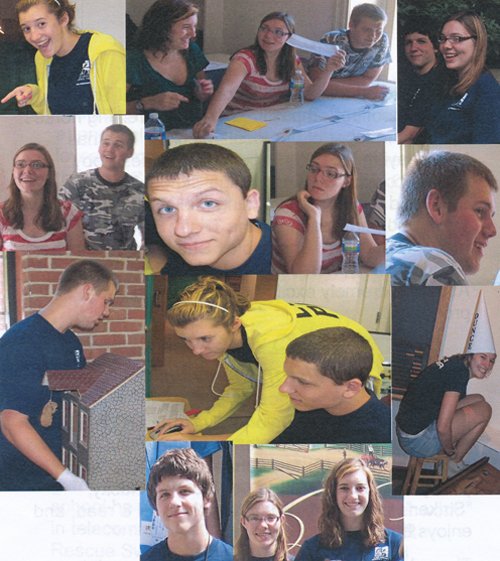 This collage from the back of a Junior Curators exhibit program shows those participating in the program. 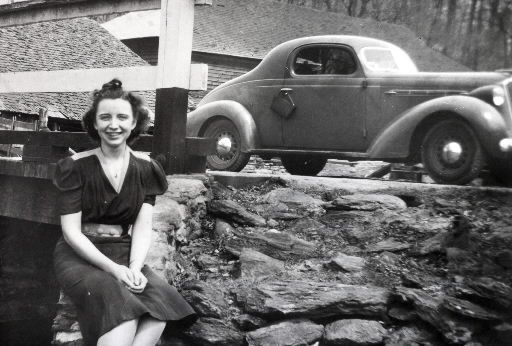 In this 2004 photo from York, Pa., Daily Record/Sunday News files, Miriam Thoman is seen with the vehicle – a Studebaker – she drove to one-room schools around southern York County to teach music. The back of the photo reads. ” Easter 1942 How many times I washed my car by this creek on my Dad’s farm (Grover E Gantz).”