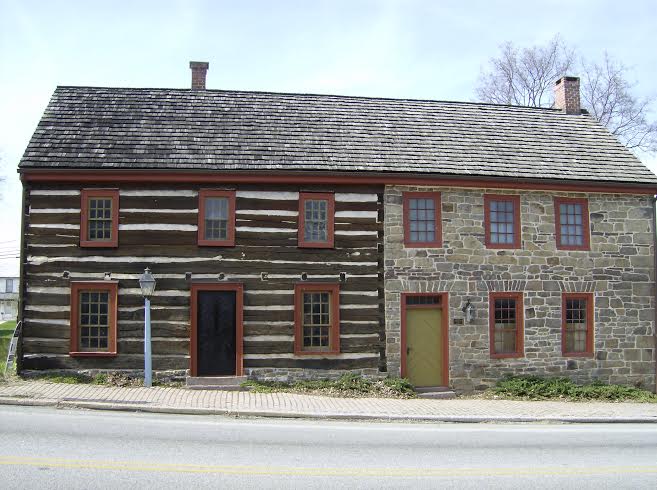 James Fritz is a researcher and writer of history. And he lives in a historic setting – a 1700s house near the square in Adams County’s Abbottstown, just over the York County line. ‘My new two-story log and stone home was located near the town square and the stone half of the dwelling had all the hallmarks of an early structure of Pennsylvania German/Swiss heritage,’ he writes. Also of interest: Lincoln Highway Communities: ‘I know I’ll be back.’ 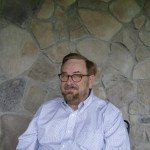 Peter Ickes ( 1748-1829), was a prominent member of his community in present-day Abbottstown. He had been elected captain by other militia members during the American Revolution and served as Abbottstown’s (Berwick) first postmaster. He was a Sunday school teacher at St John’s Lutheran Church in Abbottstown where he and his progeny are buried in the church cemetery. His son George, was prominent in his own right, having risen to the rank of Colonel in the War of 1812.

The impetus for this paper began after I purchased a Peter Ickes’ former colonial-era home in the Borough of Abbottstown, in 2001. I had always been interested in the history of early colonial buildings, so my curiosity began to grow even before I made an offer to purchase this circa 1760’s German-Georgian vernacular townhouse. It had appeared like several structures I had seen in Lancaster County’s Lititz, which was a town founded by the German Moravian community in the 18th Century. The Moravian sect had purchased the town of Lititz in the mid-eighteenth century for their community, to live together exclusively in Christian harmony and live separately to keep the faith.

My new two-story log and stone home was located near the town square and the stone half of the dwelling had all the hallmarks of an early structure of Pennsylvania German/Swiss heritage. The log half had true dovetailed ends with interior beaded board walls. The window openings on the log side of the house were lengthened and two new windows cut out on the gable end some time in the 1870’ or 80’s when this was the fashion.

The stone side of the house had original doors and hardware with minimal alterations and had all the appearances of an early eighteenth century German building based upon the layout of rooms and their utilitarian purposes. It shared a common log wall with the stone two-story building which was period Georgian with symmetrical windows, with segmented arches over the door and windows.

The stone construction was interpreted as “wealth” in pioneer America, and indicated the owner was of some station. Rubble stone was used in the rear of the building and there is a six feet deep root cellar under the floor of the cabin with rauschkammer in the attic to smoke meats. These rauschkammers, or attic smokehouses, consisted of an enclosed wall built near the chimney that was constructed in the attic and rested on the floor and heavy support beams. Holes were made in the chimney so that smoke could surround the meats.

If you looked at the building from the outside, it would appear as though the roof was on fire. German speakers of this time period would know that the owner wanted to safe keep the meats from theft while the smoking process was underway. In the absence of a floor to roof central brick chimney which is typical of the earliest of German architecture, one would find the central chimney constructed of brick and resting on the heavy beams which spanned the second story ceiling.

This would mean that the first floors and even the second floors would be heated with the ten plate stoves once manufactured by foundries in York and Hanover. These cast iron stoves were very popular with the Germans because they not only provided heat, but the upper chamber was used for baking bread and pies. The glowing heat from these stoves was superior to heat produced by an “English” fireplace.

Abbottstown was a way station for travelers and one can imagine the lines of drovers cursing and whipping the oxen while pulling the huge Conestoga wagons up the hill, with bells all “a ring,” which is now, Route 30, or Lincoln Highway.

The construction of the Captain Peter Ickes house was common in town and country of the mid- to late-eighteenth century in Lancaster and York counties. Many homes that had this architectural feature of attic smokehouses have been long destroyed in the march toward progress. One late eighteenth-century commentator noted in a Gettysburg newspaper that of the ninety or so of log structures many had white washed the mortar joints of the cabins. Many of these early log structures still exist in Abbottstown but are concealed under brick and siding. They remain as a historic legacy of our heritage, and it is remarkable that they still exist.

Another common feature of this early German architecture is that the root cellar located under the house and accessed usually from an outside cellar door disclosed a water stream from under the ground that could easily be accessed. In this dwelling a ten inch trench dug deeper than the rest of the cellar floor indicated that water once coursed through this channel. On either side of the channel, food crocks would be lined up for storage to be eaten during the long winters.

Also common to these homes were a very deep well located almost against the wall of the house, which served as a cistern or well providing a source of water. This vernacular architecture just spoke of its early inhabitants who, like their counterparts, who lived in York Towne  (now York) were about 50% or more of German/Swiss heritage.

There was a very deep stone cistern/well against the rear kitchen wall under the rear window and there is evidence of a stone sink which once protruded out where dishes or clothing were washed. There was a “squirrel tail” bake oven and a gable end chimney which pegged this structure as early. The steepness of the roof and irregular placement of the windows, rubble stone in the rear and segmented arches over the windows were all indicators that this building was extant one of a kind and still here.

I had no idea of its lineage, but I was determined to find out at some point by researching the early plot plans showing the lots laid out on the town of Berwick Village, now Abbottstown. Progress had not obliterated the town’s examples of early architecture, since Abbottstown, was one of those crossroads linking East Berlin and points north with Hanover and all points south.

But it certainly was a pre-Revolutionary War town with structures, that in many ways remained the same since King George sat on the throne in England. In other words, “progress” hadn’t destroyed its rich early heritage. I had learned through my research that the old post office building was the location of the Peter Ickes Hotel that was razed for a post office in the 1960’s. This was part of the federal government’s plan to give money to municipalities to get rid of “urban blight.” The post office space became too small and a new one was constructed just outside of town. Groups of well-meaning people can sometimes make poor choices to destroy a towns most significant historical building without knowing its history.

That structure was the Peter Ickes Hotel and was reputed to have been the site where George Washington stopped to have his supper one day during the Whiskey Rebellion. I will wager that Abbottstown has the greatest number of extant early log structures intact in Adams and York Counties. Some of these log structures are covered with brick and some with other materials, but they are there! After I purchased the building, the aluminum siding was removed and the dove tailed log construction was revealed which was a thrilling experience. 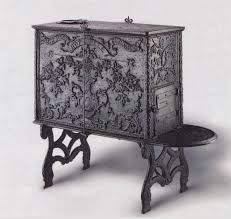 I knew then, that I had to restore or remodel this building to its original appearance as much as practicable. I had no idea who owned the structure or who would be in the chain of title. Well, I heard stories that Daniel Boone’s granddaughter lived there and that there was a fire in the attic. The fire was the use of the attic/garret as a smoke house which caused charring of beams. In these beams or crossties I found numerous large “rose head” nails and all hand forged.

Perhaps, someone who time has forgotten owned this structure. The task ahead for restoration was both a daunting one financially and in terms of the day to day living inside this eighteenth century house, but I was up to the adventure.

Captain Peter Ickes’ image can be seen on this pewter mug.