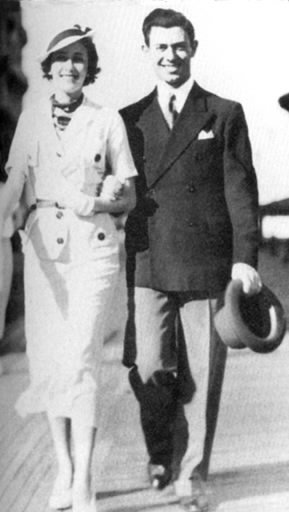 York Rabbi Alexander D. Goode, with his wife, Theresa, is in civilian garb in this York Daily Record/Sunday News file photo. Later, as a military chaplain, Goode and three fellow clergymen showed heroism, going down with their torpedoed ship in World War II after giving up their seats on lifeboats.  Also of interest: Memorial honoring Jewish chaplains headed to Arlington, Va., via York, Pa.

York Rabbi Alexander D. Goode and three other military chaplains gave up his life when  troop transport Dorchester went down in the North Atlantic on Feb. 3, 1943.

CNN’s Bob Greene noted that the 70th anniversary of the Four Chaplains’ death fell on Super Bowl Sunday this year.

Many Americans worship those gridiron stars as heroes, Greene wrote, but we should not forget our military heroes. Some years ago, Congress set aside Feb. 3 as Four Chaplains Day.

“The story of the four chaplains was quite well known in America for a while; in 1948 a first-class 3-cent postage stamp was issued bearing their likenesses,” he wrote. “There are still stained glass windows in some chapels across the U.S. that pay tribute to the four men, including at the Pentagon. But the national memory is short, and they are no longer much discussed.”

Alexander D. Goode is remembered around York County. There’s a breakfast every year in which a community member is feted in his honor. Many local World War II histories and articles remember the Four Chaplains, and one of the 18 Murals of York remember these heroes.

Even folks on The Exchange, the long-running York County bulletin board, took up the topic of the Four Chaplains.

Still, if you ask around, many people would pause or confuse Goode and fellow hero Gen. Jacob L. Devers or just not know. 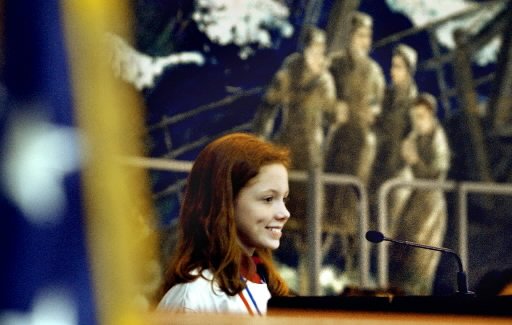