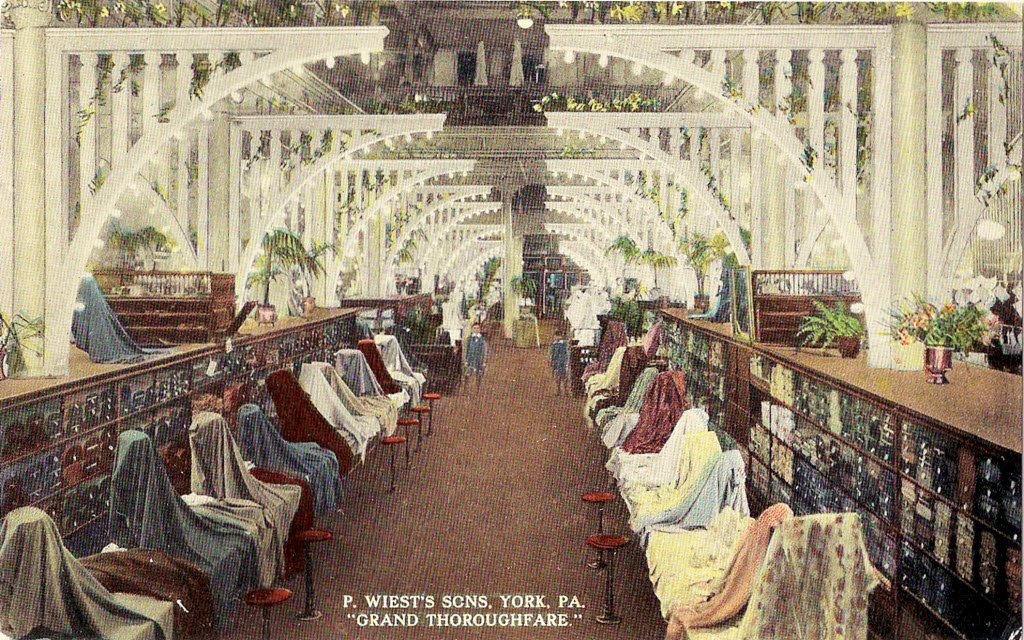 Wiest’s Department Store was one of the big three such York, Pa., stores in its day. The Bon-Ton and Bear’s were the other two. Today, the Bon-Ton operates in many states, and the other two only exist in the memories of thousands of York countians. But Wiest’s former West Market Street store is the longtime home of a high-profile Pennsylvanian. Tom Wolf, Democratic gubernatorial candidate, operated the Wolf Organization from the old Wiest building for years. He’s now retired from the company that his family built, but his former company is headquartered in the old Wiest Building. Also of interest: From top dog and hot dogs to dogfight and dog days in York County, Pa. 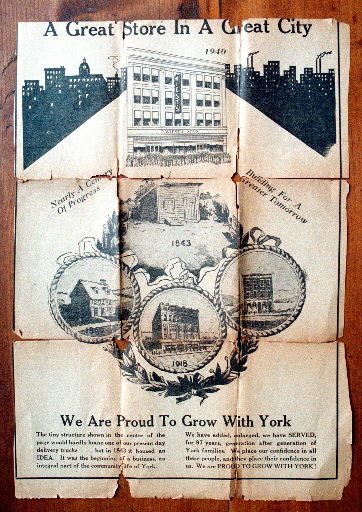 This newspaper advertisement from 1940 observes the 97th anniversary of Wiest Department Store. Peter Wiest started the retailer in Dover in 1843. As the story goes, he moved it to York after a fire consumed his modest establishment there. An interesting coincidence is that Adam Wolf started the family lumber yard business in York County’s Saginaw on the Susquehanna River in 1843 and later moved it several miles to what became Mount Wolf on the new railroad. So Wolf, now operating in Wiest’s former building, started the same year as the retailer. Also of interest: Wolf builds from deep foundation on banks of the Susquehanna. 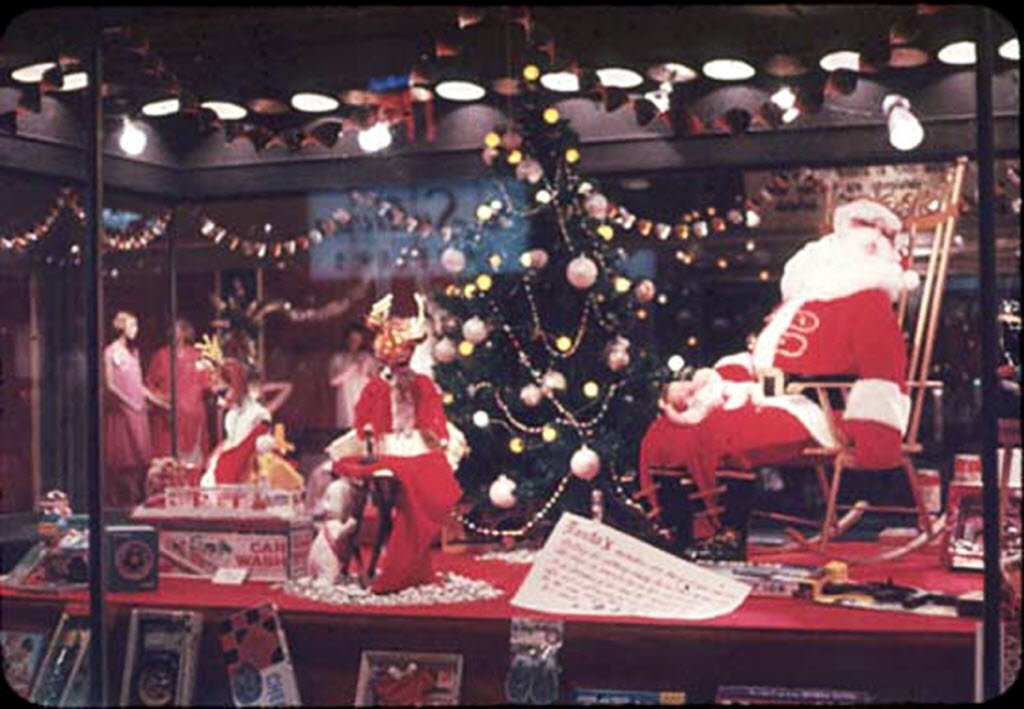 Wiest’s joined in the window-decorating competition with the Bon-Ton and Bear’s each year in the Christmas season. Those ornate displays came in York’s mid-20th-century retailing heyday. Also of interest: Downtown York thrived in post World War II. 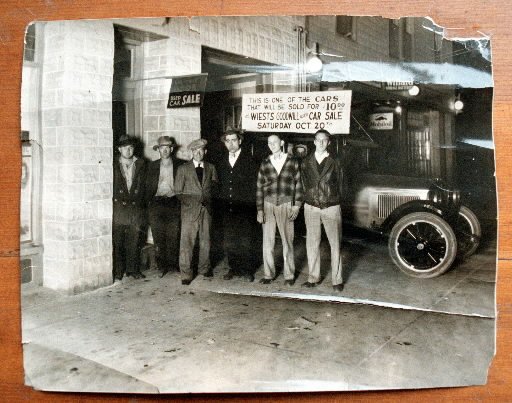 Wiest’s enterprises extended to the selling of Chryslers and Plymouths. The Wiest name has passed from the York retail scene, but its York building could be remembered as the launching point of York County’s second governor.  Where did its first, George Leader, live prior to his election in the 1950s?  In the Dover area.