Foodstrucks have been rolling along York streets for decades 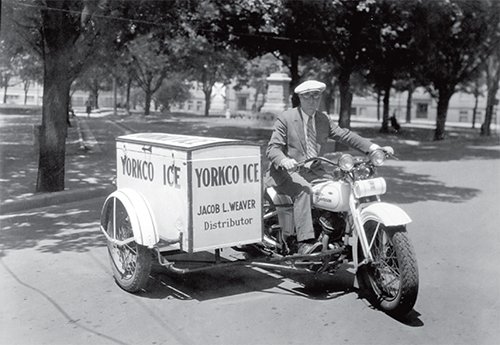 Long before Foodstruck invaded York County for two events, food trucks – or food cycles – patrolled the streets of York County, Pa. The Yorkco Ice driver sits on a Harley-Davidson motorcycle – much later made in York. For a third time, Foodstruck will come to York – to Penn Park Sunday, Aug. 31. Also of interest: Foodstruck event offers insight about the direction York is heading. 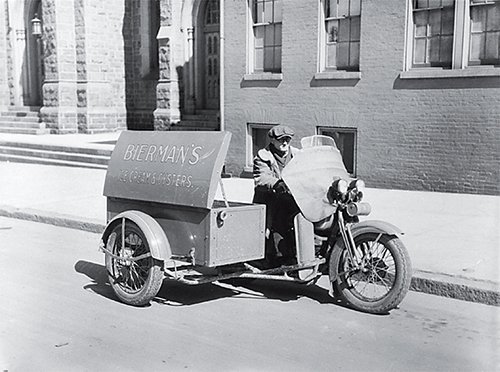 How’s this for a unlikely combo: Bierman’s sells ice cream and oysters – two iconic York County dishes? Of Sunday’s third Foodstruck – this one at a new location in Penn Park – an organizer said: “We’re trying to turn it into an all-day, more festival feel,” Given said. Also of interest: Can once-grand Penn Park become grand again?

‘The national anthem turns 200 this year, but people still have strong feelings about how it ought to be sung.’ So says a subhead on a York Daily Record/Sunday News story on the ‘Star-Spangled Banner.’

The story also tells about an early York County connection with the National Anthem.

Yes, even baseball and softball bats, as in Dead Red Bats, are made here.

Speaking of food: This look at Bury’s in Springettsbury’s is about as detailed as you can get. Btw, if you’re grilling this holiday  weekend, check out:  Bury’s recipe.

+++
Belated medal: Alonzo Cushing, killed at Gettysburg, gets the Medal of Honor.