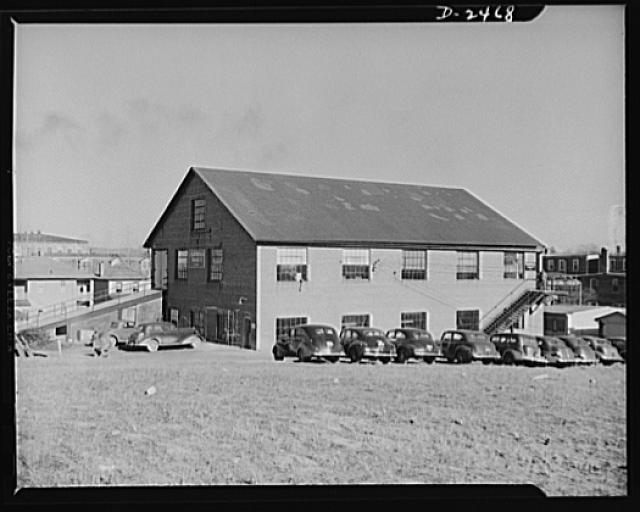 This was Floorola Products Inc.’s manufacturing plant on Maryland Avenue in York in February 1942. An Office of War Information photographer visited York, Pa., to show how manufacturers were converting to defense work, just three months after Pearl Harbor. The photo’s caption: ‘Conversion. Floor waxer plant. Formerly producing floor waxing and polishing machines, this small Eastern factory is now one of the America’s myriad plants devoted to production of small machine parts for war purposes. Foreseeing possibilities of shortage of aluminum (necessary for polishing equipment), this factory’s owner sought defense subcontracts many months ago, he is now operating twenty-two hours a day with a crew of thirty workers, a distinct improvement over his previous eight hours, three-worker days. ‘ The plant stands today. For an ‘after’ photo, see below. Also of interest:  Floorola shifted from waxing floors to scrubbing Axis foes, Part I.

The Farm Security Administration and Office of War Information documented America in the Great Depression and World War II.

Government photographers made several visits to York County and their work on Floorola, York Safe & Lock and other county sites can be found on this Library of Congress site.

Check out these three photos, including the ‘after’ photo captured in July 2014, plus a bonus FSA photo of  a rural York County scene: 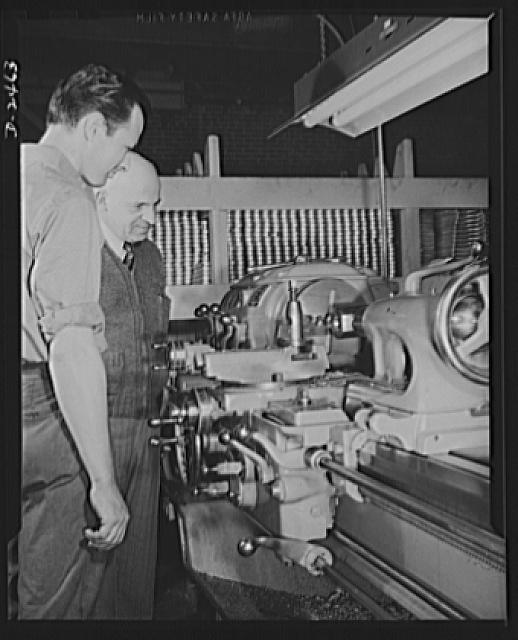 Floorola owner and night foreman (both unnamed) were credited with the successful conversion from making floor waxers to defense products. The company must have made good floor waxers in its day. YorkTownSquare reader, Steven Killion wrote in 2012: ‘Do you have any more info on the floorola company? I have a working floorola scrubber.’ I referred him to the York County Heritage Trust archives as a place to start.
+++ 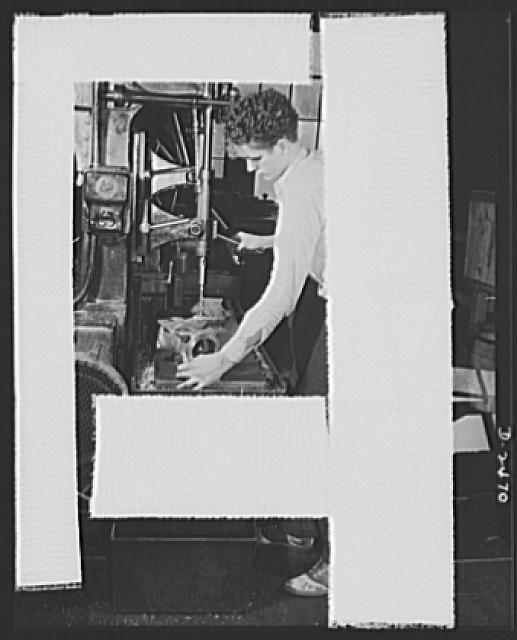 Howard R. Hollem was the government photographer on the Floorola project. That might be his tape mask to suggest the cropping of the photo. Here is what Hollem is showing:  ‘This five-spindle drill press, once used in manufacture of floor waxing machines, has been equipped with special chuck and drill for production of anti-aircraft guns.’
+++ 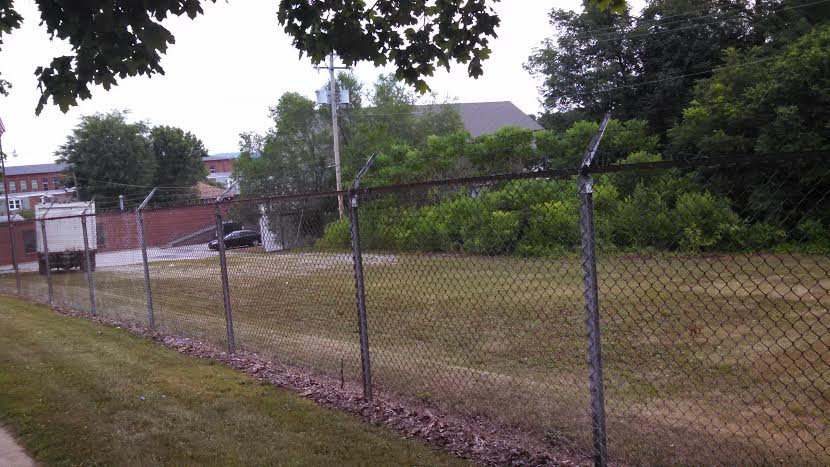 Motion Industries, a national supplier of bearings and mechanical transmissions, operates locally in the former Floorola building. So mechanical things that make America work still come from this 560 Maryland Avenue site. Check out these additional stories and photos about York County in World War II.
+++
History mystery: This photo on the FSA/OWI site shows a rural York County scene in the pre-war Depression days.
Post by York Daily Record/Sunday News.