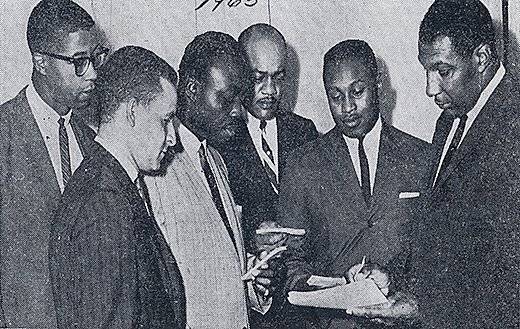 Voni B Grimes brought by this photograph showing Freedom Day bus captains from York, Pa., going to the March on Washington for Freedom and Jobs in August 1963. The bus captains going to what became that famous day 50 years ago, from left: Raymond Ritter, Ivan Reeves, Grimes, Roger Tyler and Richard Boyer. See a photo gallery of the march, scene of Martin Luther King Jr.’s ‘I Have a Dream Speech.’  The local coordinator, William D. Barber is seen at right. Also of interest: Famed singer Marian Anderson performed memorably in York.

The beleaguered Stewartstown Railroad, caught in a court battle for many years, might be seeing some light at the end of the line. There’s a settlement in the case.

“We’re happy to be here,” railroad president David Williamson said. “We’ll be anxious to get back to work on the railroad and get the trains running again.”

City Island Park: Pennlive.com reports about a park on Harrisburg’s City Island that will tell the story of the Susquehanna River.

Back to school time: The Little Red Schoolhouse in Brushtown, Adams County, is now a restaurant. And it’s set to reopen, under new ownership. 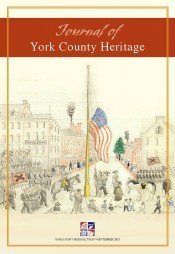 The York County Heritage Trust’s scholarly journal is available. Book Buzz gives details about where to get it.