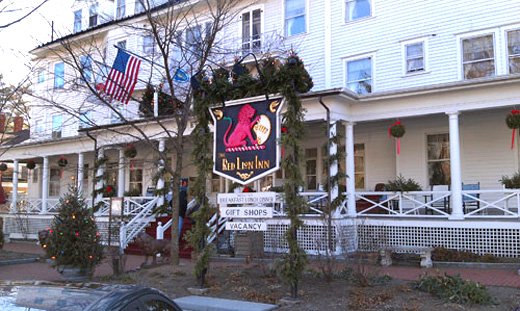 So, I go to Stockbridge, Mass., to see where noted American theologian Jonathan Edwards served as missionary to the Indians, and I ran into the Red Lion Inn. Red Lion, as in York County, was named after an inn or tavern. The tavern stands today as part of a house in the northern part of the borough, 271 N. Main St. But I didn’t expect to find such in this resort town in this appealing  western Massachusetts. In fact, the Red Lion Inn, Stockbridge, has been around since the 1700s, a bit earlier than the York County version which can be dated circa 1804. (See additional Stockbridge photographs below.) Also of interest: Far from Red Lion, Pa., Part II. 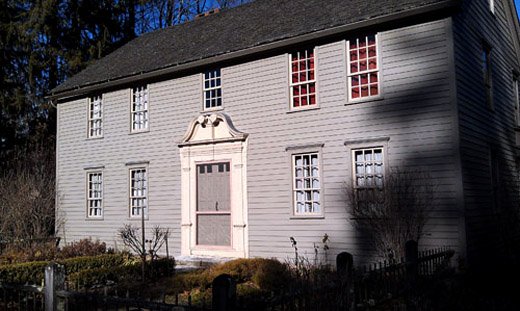 Down the street from the Red Lion Inn in Stockbridge, the Mission House stands. A sign tells about John Sergeant’s ministry with the Stockbridge Indians. But no mention of Jonathan Edwards, whose ministry is often associated with the First Great Awakening in the 1730s. This leading 18th-century American intellectual later served as president of Princeton University. Edwards followed Sergeant to this then-frontier town after serving for decades as pastor at Northampton, Mass. Perhaps the Mission House, closed the day I visited, addresses Edwards’ ministry inside. 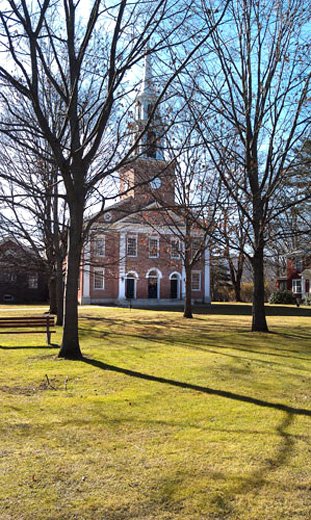 At least this beautiful Massachusetts town has a Congregational Church. Perhaps Congregationalist Jonathan Edwards had something to do with its founding. Edwards was a leader in this denomination, which merged with the Evangelical and Reformed Church in 1957 to form the United Church of Christ. German Reformed churches stood – and their descendants still stand – in just about every York County town. Of course, York County has a direct link with Edwards, as it does with most things in the world. The theologian was the great-grandfathr of York attorney Edward Chapin, a member of the York County Bar for 45 years until his death in 1868. Chapin and famed attorney and lawmaker Thaddeus Stevens often assisted each other in cases. Descendants of Chapin – and thus Edwards – reside in York County today. 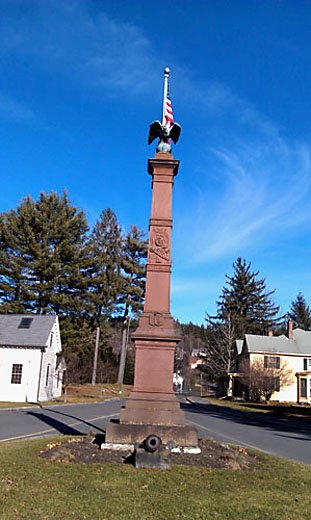 Giving up on the Edwards search in this whirlwind tour, I stopped, of course, at the town’s Civil War monument. This was a good reminder that these Northern towns sacrificed much, too. It’s possible, to a fault, to focus on all the blood the boys from your home area spilled and the destruction those invading Rebels caused on your home turf. A monument such as this signals the American tragedy – and triumph – of this terrible war. OK, next time in Stockbridge – it’s a winsome, walkable New England town – I’ll renew my search for Edwardsana. And also allow enough time to visit the nearby Norman Rockwell Museum.