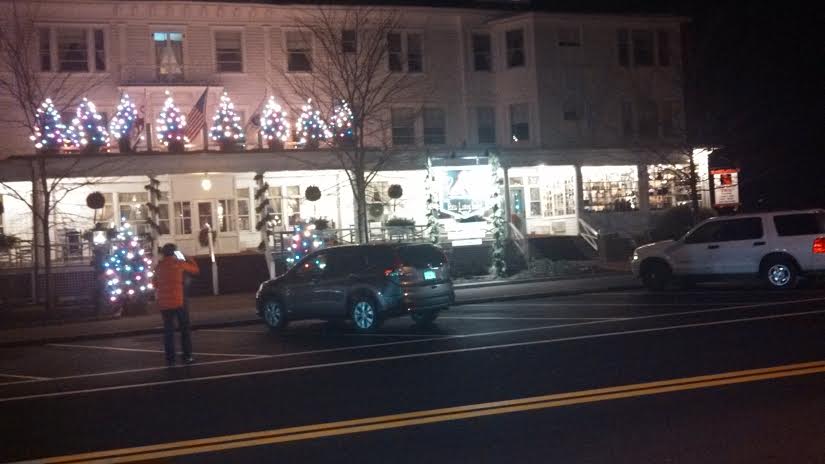 This Christmas scene of the picture postcard worthy Red Lion Inn in Stockbridge, Mass., captured the eyes of two photographers. As far as is known, the inn is not related to York County’s Red Lion or the tavern that gave the borough its name. But it’s one those neat connections – or unconnections in this case – that just make things fun. But to keep going in that direction, Stockbridge was home to missionary/theologian Jonathan Edwards. A descendant of Edwards, Edward Chapin, was a lawyer in York in the last half of the 1800s, and family members lived here after his death in 1911. Also of interest: Far from Red Lion, Pa., this Red Lion Inn stands in Stockbridge, Mass., Part I. 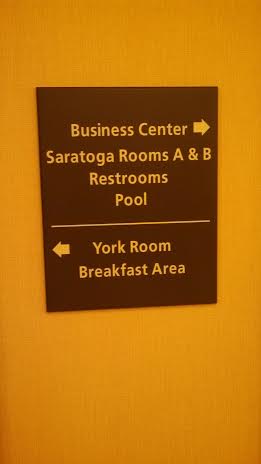 The York Room sits in Saratoga, N.Y.’s,  Hampton Inn. That name could have come from anywhere. But Saratoga does have a tie with York, Pa. The American Revolution battle that was fought there came in late 1777 when Continental Congress was meeting in York. That battle, a decisive and rare Continental Army victory, encouraged the York Congress and more importantly, helped France come on board as an America ally in May 1778. Also of interest: Events in 1777 helped push the Revolution toward the patriots.

Donald Gates is a fan of York County’s noted artist William Falkler and is looking to get in touch with him.

“Years ago, I purchased the large picture of ‘Amos Mill’ from Mr. Falkler at Central Market. I asked if I could get It signed as 600/600, which would be the last one in that series. He graciously did this for me. Last week I noticed that the number and his signature has faded completely away.

“I would like to try to get it resigned.

“Is it possible for you to help me on this request?”

Can anyone connect the artist with the fan?

YDR photographer Jason Plotkin has a gallery full of cute photos from 2013, but none are cuter than this marriage proposal at the Gettysburg 150 re-enactment.

Anchor drop: We know about the pickle drop for Dillsburg and the wrench drop for Mechanicsburg to usher in the new year. And of course, closer to home, the lowering of the white rose drop in York and the cigar in Red Lion. I just ran across this one: The lowering of the anchor in Shippensburg. That’s about right.

History mystery photo: This photo received a lot of views on YDR’s Facebook page, but not many people over there could ID this scene. Maybe you can?