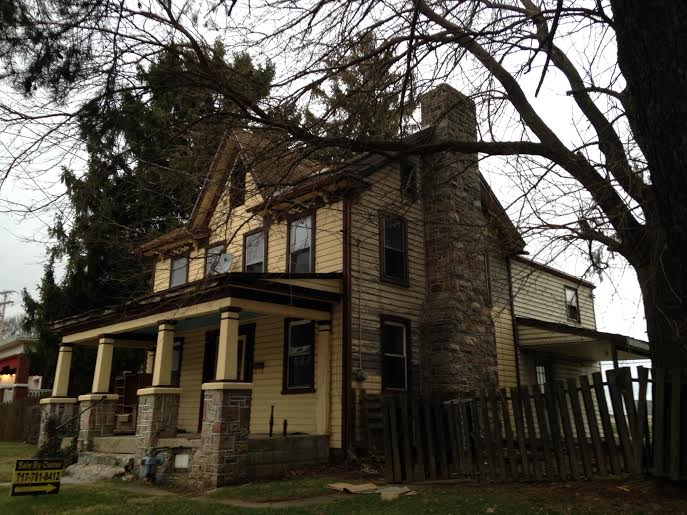 The 271 N. Main St. house bears the log walls and stands on the foundation of the tavern that gave Red Lion borough its name. This is not the only structure that sports the Red Lion name. The Red Lion Inn, no known relation, stands in the Berkshires in Stockbridge, Mass. (See photos of this noted York County tavern’s northern cousin below). Also of interest: Far from Red Lion, Pa., this Red Lion Inn stands in Stockbridge, Mass., Part 1. 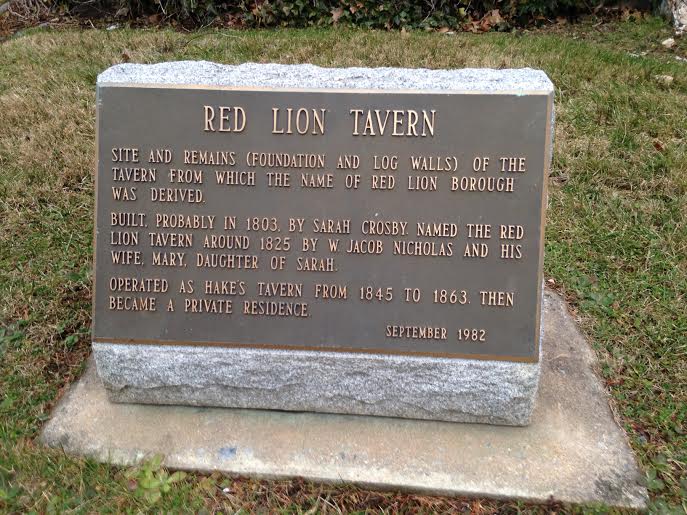 The plaque and monument sits in the front yard of Red Lion’s 271 N. Main St. For someone looking to purchase a piece of history, the house is for sale. (See more pictures below). Also of interest: Red Lion borough: Changing from making things to providing services. 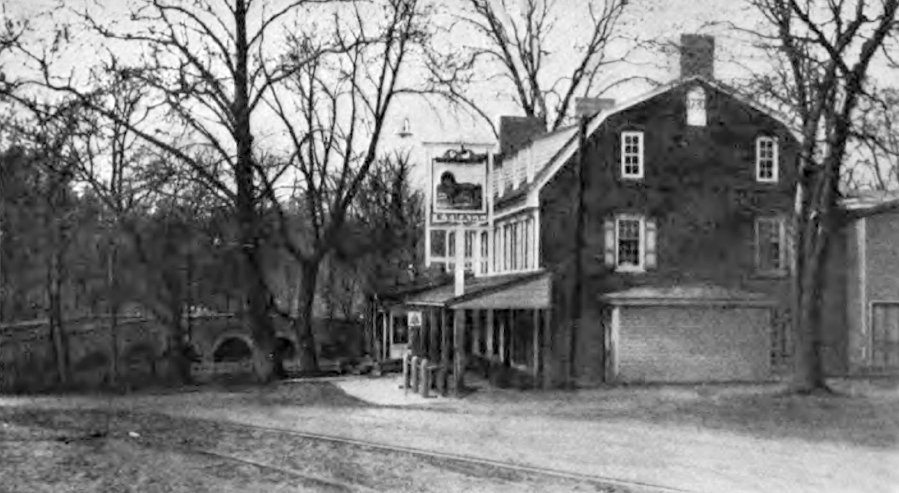 The Red Lion borough Wikipedia page shows this photo from Scribner’s of the Red Lion Tavern as it appeared a century ago. If that is accurate, the sign of an inn or business points to a much larger structure than today and a use different from that described in most histories. Red Lion borough’s website gives this description: ‘The tavern was later operated by a Jacob Hake who last had a tavern license in 1863.  The building was used only as a private residence since that time.’ The website also says this about the circa 1804 tavern: ‘The earliest York County history mentioning Red Lion, written by John Gibson and published in 1886, stated that “The Red Lion Tavern was a characteristic old-time public inn, with the picture of a lion painted red in front of the house.  Tradition says that the lion was not a voracious one that scared away thirsty visitors, but a mild, peaceful sort of fellow, with an inviting look.” ‘ 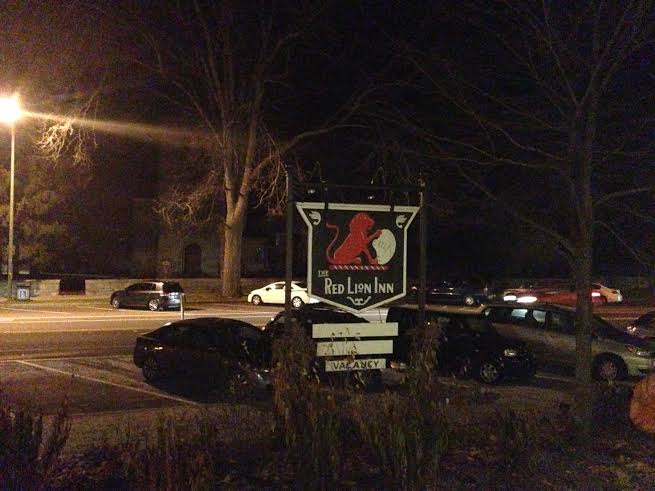 The Red Lion Inn stands in the western Massachusetts town where artist Norman Rockwell lived and noted American pastor/theologian Jonathan Edwards served as a missionary in the mid-1700s. 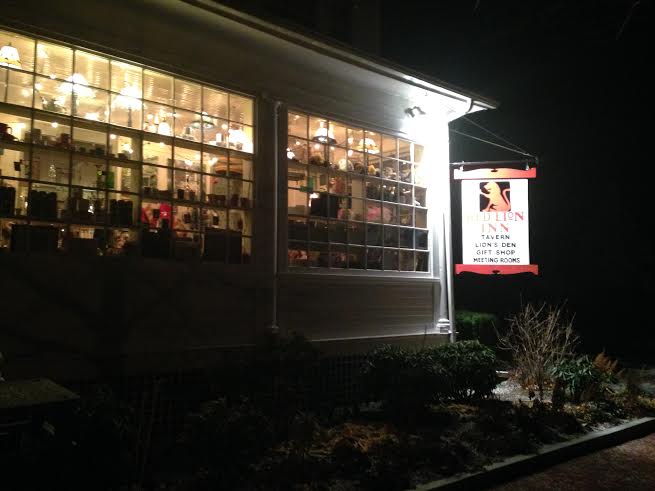 Three restaurants were busy in the Inn on this mid-November 2014 evening. Here is an outside-in view of the gift shop.
+++ 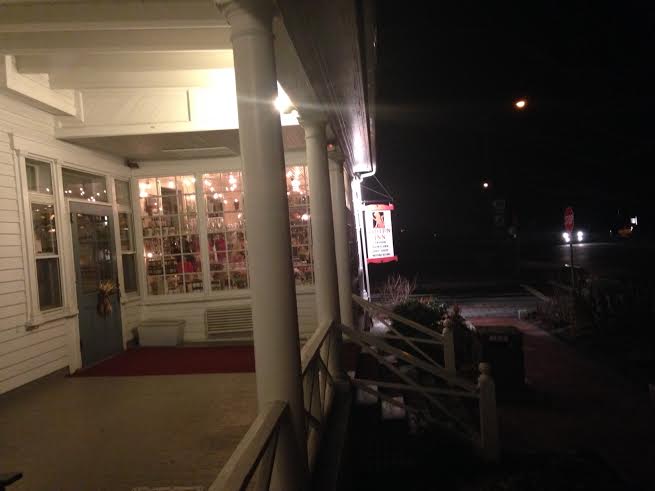 The Red Lion Inn’s front porch: This November night was cold and its rocking chairs there for guests and visitors, thus, were unused.  Check out this history of the inn, complete with a tab for Simon the cat, described as the hotel’s mascot and only full-time guest. Simon also has his own Facebook page. Also of interest:  Far from Red Lion, Pa., this Red Lion Inn stands in Stockbridge, Mass., Part 2.

Also of interest:
Check out these stories and photos from YorkTownSquare’s archives.