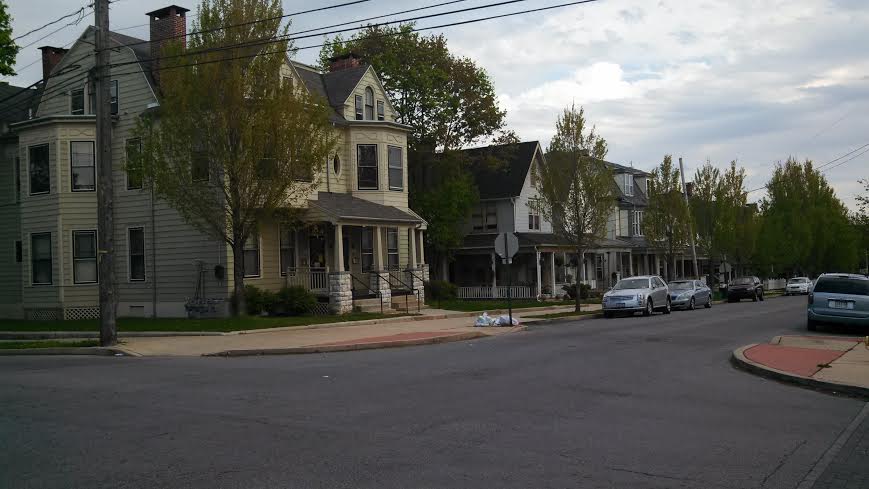 Fairmount is a once-grand part of York City that still has some grandness, particularly after renovation of several units. Also of interest: All unsung York Town Square posts from the start.

Red Lion’s Fairmount Park is not the only overlooked part of York County known by that lofty name.
But York’s recovering Fairmount section, an early city suburb of Victorian mansions, has been deteriorating for so long that it’s understandable why many people don’t know about it.
Few venture to that north section of York.

To orient you: North Beaver Street passes through the heart of this neighborhood just before it intersects with Parkway Boulevard.
Historian George Prowell dates the neighborhood to 1884, when attorney E.W. Spangler bought 17 acres of undeveloped land north of the Codorus. Before long, workers constructed the North Beaver Street bridge. Writing in 1906, Prowell viewed the neighborhood as one of the most “interesting” parts of the city.
He meant it was one of the city’s most desirable neighborhoods.
One can squint and almost see a neighborhood right out of “101 Dalmatians,” with Roger and Anita walking Pongo and Perdita.
Actually, some of the neighborhood’s beauty has returned. Some of the decaying Victorians have been renovated into 38 apartments.
The rehab cost was about $170,000 per unit.
But that’s a small cost to reclaim the neighborhood from Cruella DeVil wannabes.
So there it is, overlooked York County landmark No. 25, York’s Fairmount neighborhood. Other overlooked county sites and landmarks: 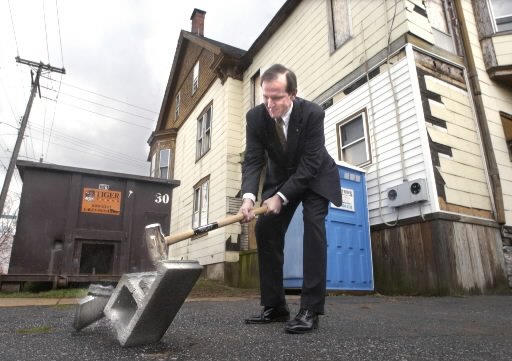