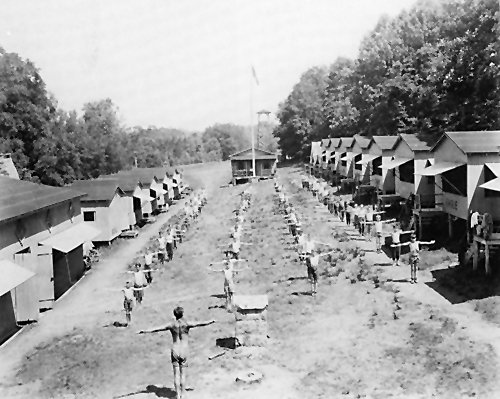 The Conewago Creek has long drawn campers, lodging in small tents and in organized camps such as the Boy Scouts’ Camp Ganoga. Athletic director Don Roehm, seen here, leads Boy Scouts in exercises in 1921. George Prowell’s ‘History of York County’ and the ‘Gazetteer of York and Adams Counties,’  give this background about the Conewago: The creek, drawing from an Indian name for ‘At the Rapids,’ was listed in official Pennsylvania documents as early as the mid-1730s. A small Indian tribe called the ‘Conewagoes’ of various spellings, was the source for the name given to the Conewago Falls or rapids in the Susquehanna above York Haven. And since those early days, the unsung Conewago Creek has shared its name with another waterway that spills into the Susquehanna from its east bank, farther north. Also of interest: Part I: Big Conewago serves as physical, symbolic divider of York County culture.

Its drainage area is immense, but the Conewago Creek often receives less public mention than other major York County waterways.

That was so until recently, when nitrate-rich runoff from a chemical fire in Adams County made its way into the creek and moved through 60 meandering miles to the Susquehanna, killing about 10,000 fish along the way.

As we shall see, the usually unsung Conewago Creek played a leading role in York County’s history and how residents have lived. 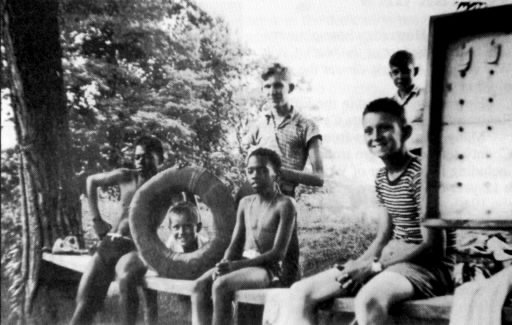 The spotlight has often missed the Conewago for several reasons.

The creek doesn’t feed a popular lake, such as Lake Marburg in Codorus State Park, as does the Codorus Creek. The Codorus, meanwhile, is known widely because its three branches drain much of York County’s well-populated southern tier.

It doesn’t have the Pennsylvania Scenic River designation and that recreational inner tubing thing enjoyed by the Yellow Breeches on York County’s northern tier. And while the spill indicates it’s rich with fish, Muddy Creek Forks in southeastern York County long ago earned a higher regard from trout fisherman.

To be sure, the Conewago has never earned the negative points assigned to the Codorus, with its history of pollution.

The Conewago – occasionally, but still too often – does gain a negative rap when one of its lowhead dams claims the life of a waterway user. Meanwhile, people argue that those same lowhead dams shouldn’t come down because they add to the recreational reputation of the waterway.

An observer of eastern waterways  reportedly gave this summary from the vantage point of a canoeist. He wrote that the Conewago is “a dull creek … if you have seen one mile of Conewago, you have seen it all.”

Still, for such an underrated waterway, the Conewago has made a big difference in York County.

If York County is more or less shaped like a triangle with the top angle pointing north, then the wandering Conewago, flowing from the west where it starts in Adams County, more or less separates that top angle from the rest.

Over the decades, travelers who lived north of the Conewago – in that northern angle – long have gravitated toward Harrisburg. They crossed the Susquehanna on one of Harrisburg’s bridges and then made their way with their goods or suitcases to the Northern port of Philadelphia.

If you live south of the creek, people have historically traveled to York and then via its transportation systems to the Southern port of  Baltimore.

So if you lived in, say, Manchester borough, you could have driven your wagon or taken the trolley, train or car to do business in York. Generally speaking, the trip to Harrisburg would have been more difficult.

Other factors between this north/south divide played a role,  of course.

You’re in York County’s agriculturally rich middle valley south of the creek. In fact, Conewago Creek, plus the Codorus Creek and Kreutz Creek, helped make it so.

North of the Conewago, the soil in the Redlands – again in that northern angle – did not serve the skilled German farmer as well. He preferred settlements in the limestone-rich soil to the creek’s south.

So the Conewago forms a compelling cultural divide in York County and helped orient most of York County to the south.

You could say – exaggerating to make a point –  that North met South at the Conewago, not the Mason-Dixon Line running 25 miles to its south.

Of course, if you live on or near the Conewago, you realize its value. In fact, many view it with great pride and are concerned about the impact of those nitrates on the waterway.

It is a beautiful waterway, indeed. As you head north on Interstate 83 and enter Newberry Township on that high bridge, look down at the scenic bend in the Big Conewago.

I ran into this Conewago pride when giving a speech 20 years ago in Dover Township. The venue was just a short distance from the Conewago, so I pulled facts about the creek into my presentation.

By accident – not by ignorance – I pronounced the “a” in the creek’s name with a long “a.” That was viewed as a big mistake by my audience. A member of the group stopped me right then and informed me that  “Wago” rhymes with “Doggo.”

I’m not sure I regained the audience that day, but the slip was no indication of my regard for the waterway.

If I see a mile of the Conewago, I want to see it all. 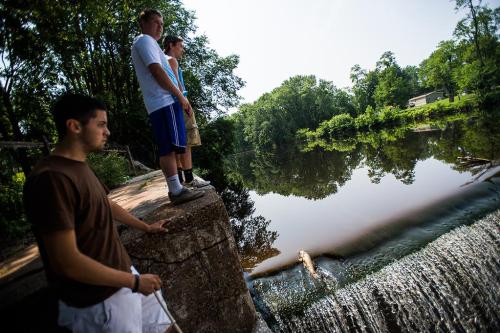 Runoff from a chemical plant fire caused a massive fish kill on the Conewago. Creek enthusiasts look on as one of those fish washes over this lowhead dam in Reading Township, Adams County.