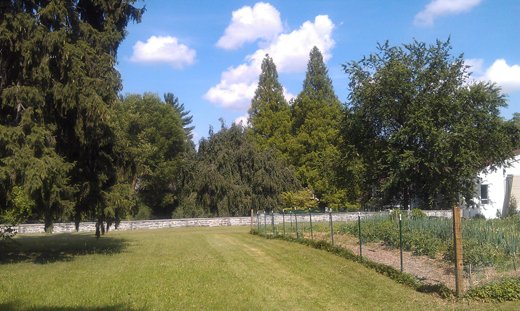 An unsung park-like setting made for a weekend walk surrounds the Unitarian Universalist congregation’s house of worship on South George Street in York. This view shows what are believed to be twin dawn redwoods rising above the gardens. In the center is a comparatively low tree, perhaps a beech, with a wide walk-in canopy. If you’re caught in the rain during your stroll, you’ll stay dry in there. The garden and trees are the heirs to the Springdale Mansion and estate built on that land in 1828. (See additional photographs below.) Also of interest: Exploring the Springdale Mansion, sunken ballroom and all.

The 150th anniversary of the Civil War is heating up, and new releases about associated events are pouring in.

Here’s one that paints an upcoming event at Landis Valley Museum in Lancaster County particularly well:

“On a normal day, visitors to the bucolic village of Landis Valley stroll the grounds and leisurely learn about Pennsylvania German history.

But history becomes alive and urgent on Saturday, July 28 and Sunday, July 29, from 10 a.m. to 4 p.m., when Landis Valley Village and Farm Museum becomes a Northern crossroads village preparing for war. As families discover some of the many inventions of the Civil War era, along with the news and fashions of the day, muskets will suddenly fire and soldiers on foot and on horseback will march noisily by.

” ‘Pennsylvania was threatened with invasion during the Civil War,’ says Timothy Essig, coordinator of the event. ‘An appeal was issued by the President of the United States to stop the approaching rebel threat in 1863. At Civil War Days at Landis Valley, the Union Army’s encampment will recreate that plea—a call to arms—to protect our beloved Commonwealth.'”

Blog post of the day: Yorkblogger June Lloyd writes a bit more about the mysterious Crandall Health School over at Universal York. Reminds you of the place in the film Cider House Rules.

Forum of the day: Check out this Facebook thread in the I grew up in York, PA in the 70’s and 80’s about Avalong’s, that eatery remembered by many at the corner of Whiteford and Mount Zion roads in Springettsbury Township. Comment below, too, if you have memories. Avalong’s had a putt-put course, too. For background on those around York, check out: When did miniature golf come to York? 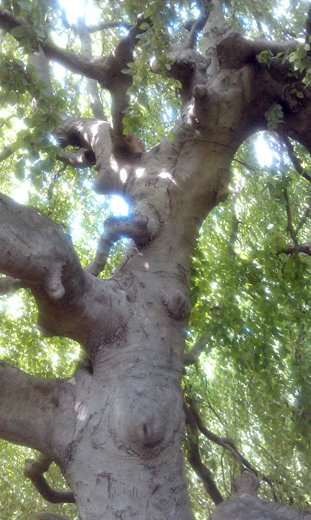 A glimpse inside the canopy of the tree in the photo above. Davy Crockett and other dignitaries visited the Springdale estate in the 1830s when original owner Charles Barnitz lived there. Also of interest: About Davy Crockett in York: ‘He is the biggest fool I ever saw’. 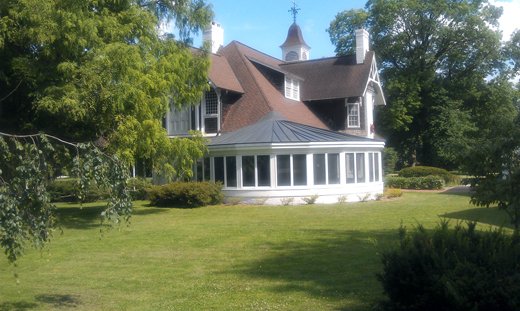