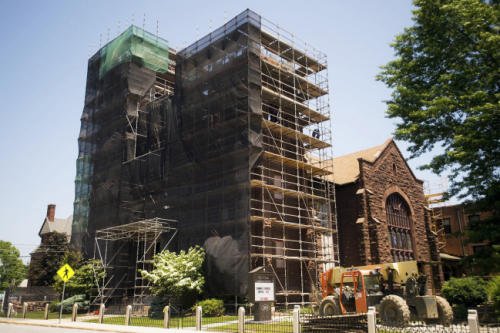 Spring Grove’s St. Paul’s Lutheran Church is shrouded behind scaffolding. The repairs are underway to address safety concerns at the 105-year-old church. The brownstone was chipping, which created the concern. Charles H. Glatfelter’s ‘York County Lutherans’ lists the current building, dedicated in 1909, as the second Lutheran building in Spring Grove. The first was dedicated in 1880. Also of interest: Mining a rich vein of southwestern York County religious history, Part I. 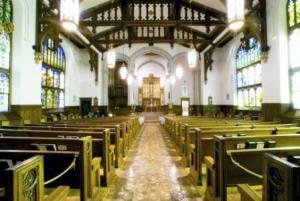 This is the interior of St. Paul’s, its aesthetics and architectural features funded in large part from the papermaking Glatfelter family, a York Daily Record story stated. Pastor Dan Biles told the YDR: “They saw the magnificent church buildings in Europe and said, ‘Let’s build it in Spring Grove.’ I don’t know of any in the area that have as unique a worship space as we do.” Also of interest: Mining a rich view of southwestern York County religious history, Part II. 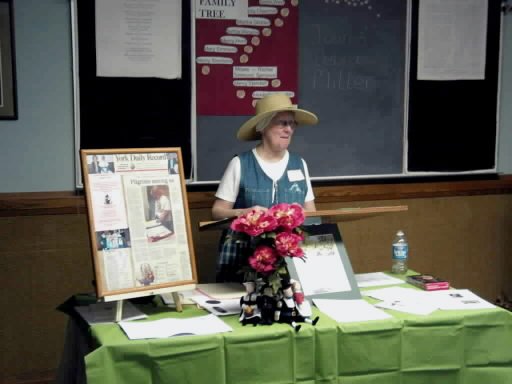 Mayflower descendant Joan Miller is dressed as a Mayflower pilgrim at a 2006 conference. The Society of Mayflower Descendants – Sue Miller will be there – will meet on Aug. 23, in Lancaster. Sue Allan – an internationally known author, historian and genealogical adviser – will present to the group. Love this URL giving details about the conference: www. sail1620.org. 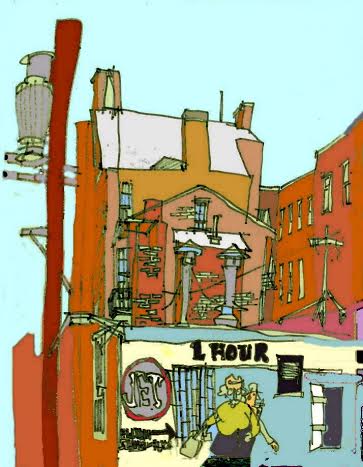 Cliff Satterthwaite drew this York City scene and include the observation that  a  ‘real aged thinker’ would need to tell about this Jet cleaner’s scene. ‘Loved the fun chimneys,’ he wrote. Straight out of Mary Poppins. More Satterthwaite art at Cliff.

History mystery photo: This mystery mansion attracted a lot of engagement. See if you can figure where it is.